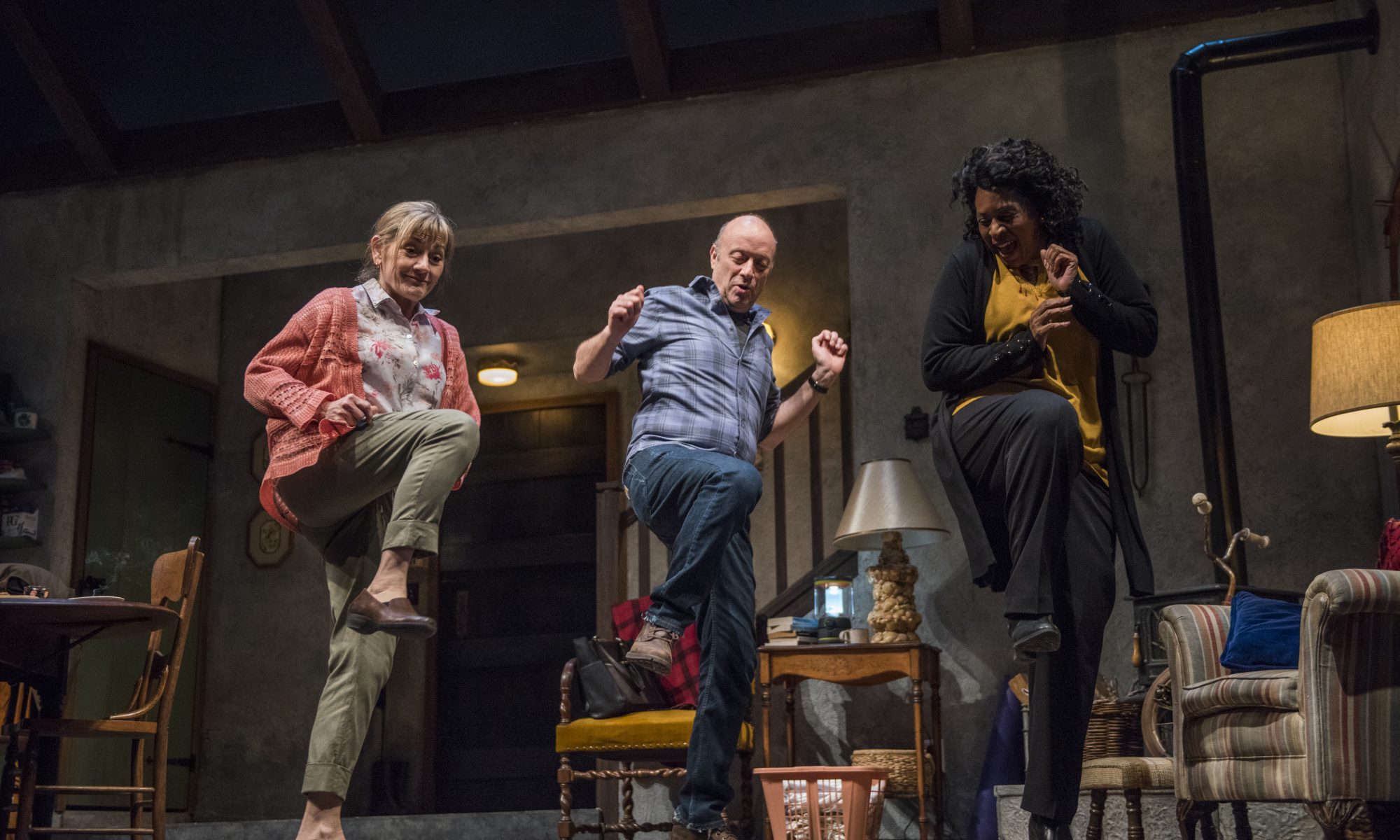 The Children written by Lucy Kirkwood is making its Chicago premiere at Steppenwolf directed by ensemble member Jonathan Berry. The show is performed with a breathtaking set design (Chelsea M. Warren) that consists of a full scale house on the shore of an English cottage complete with sounds of seagulls and waves crashing on the shore (sound by Andre Pluess). This is where the entire show is set, and it juts out, making the audience feel small in comparison. This prominent house is where we meet three retired nuclear scientists who both share and keep secrets.

I feel a little out of place to be talking about death and aging as I’m a 20-year-old college student. My lived experiences have not yet reached a point of looking back at my life, because I’ve barely begun. However, I do know what it’s like to be apart of a generation that is handed consequences we never made, another theme in the show. I am part of a young generation that is being leaned on to clean up the mistakes of others, such as a toxic ozone and nuclear power. This show lives on the precipice of this nagging subconscious thought in our current political climate.

This is all brought out through the casts’ riveting performance (Janet Ulrich Brooks, Ora Jones, Yasen Peyankov). The entire cast brings an impressive amount of complexity to their characters, with an intense amount of chemistry between all three actors in the form of bickering. It’s the actors that really bring this play to life, as they speak as if they’ve known each other their entire lives, and in a way they have. Not to mention that the dialects were very believable (vocal coach Gigi Buffington), which can be a difficult thing for any actor.

What’s missing in this story is the lack of conviction from certain characters and too many inconsistent themes. While every theme and idea brought into the text is powerful, they disappear too quickly. While death is the stake in the story, the audience is never really given a chance to care about the characters in the first place. Nuclear power is also brought to the forefront, but then cliches and confused intentions from the two female characters swallows this poignant piece of the play. Steppenwolf’s marketing for The Children also plays a role in this as its misleading. The show is neither a “chilling” tale or a thriller. I sat in my seat waiting to feel the adrenaline rush that a thriller contains and was disappointed.

The Children instead conveys a looming fear that all humans have when they get older: death and remembrance. Another prominent and haunting question it asks is what happens when there is no one to clean up the mess we’ve made? The play brings up important questions about “who is responsible or rather willing to be accountable for the mess we’ve made?”. Will this almost impossible task of cleaning up our world be left to the children or the adults who made it in the first place? While I wish this was thoroughly answered in the play, the show allows its audience to leave with the question and answer it for themselves.

The Children runs at Steppenwolf Theatre through June 9th.