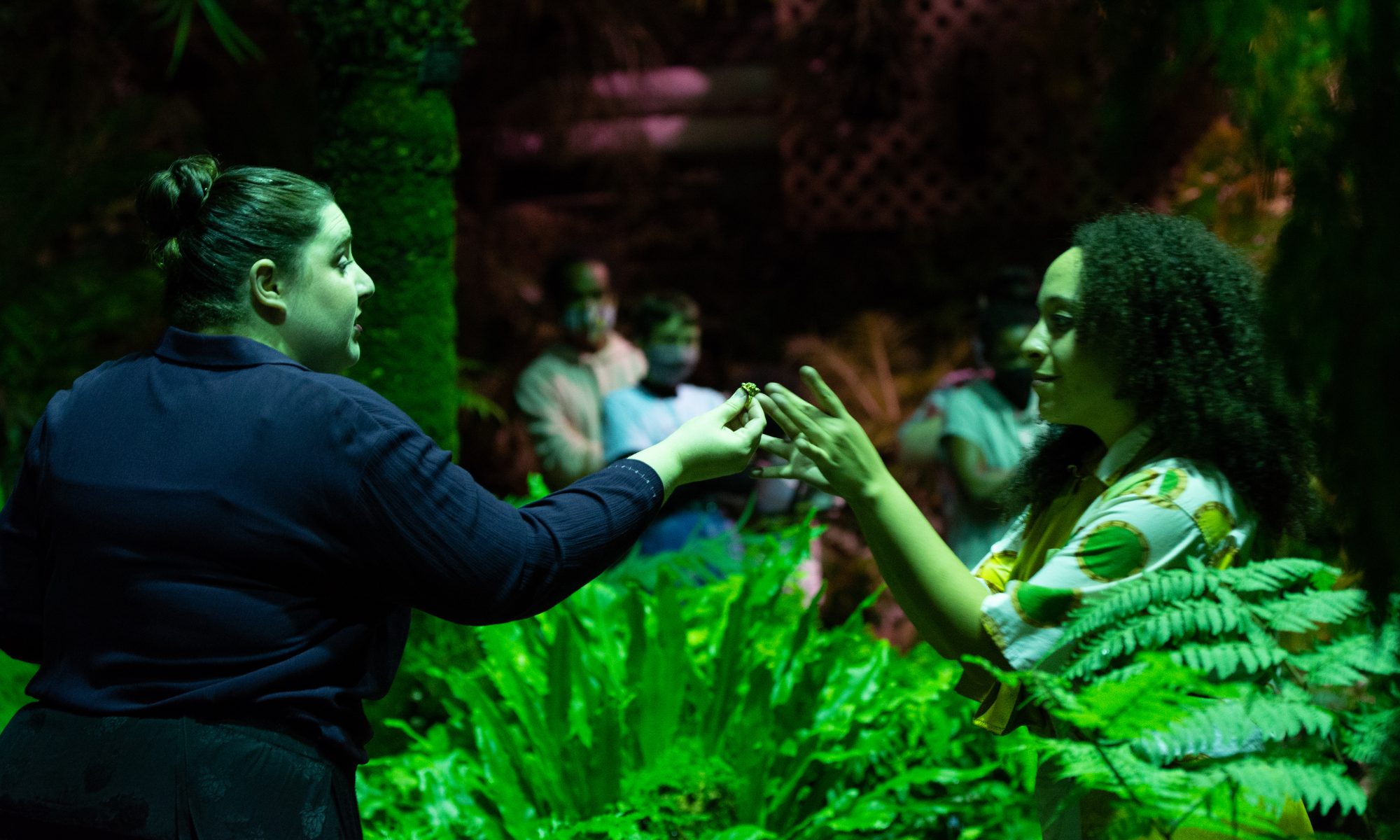 Helmed by Director Kristina McCloskey and Associate Director Stephanie Mattos, Midsommer Flight’s Twelfth Night transforms the four lush showrooms of the Lincoln Park Conservatory into the land of Illyria, a world populated by guitar-strumming jesters, sword fighting pirates, foiled lovers, and capering drunks. This queer-af adaptation of one of Shakespeare’s most beloved comedies invites the audience to sing along to sea shanties, share asides with actors, and walk from room to room to explore as many as three simultaneously occurring plots.

A typical summary of Twelfth Night might go something like this: Viola, shipwrecked noblewoman, disguises herself as a man after being stranded in Illyria and separated from her identical twin Sebastian. However, the plot each audience member experiences will vary wildly depending on which of the simultaneously occurring scenes they end up watching. As director McCloskey says, “Audiences can enjoy the wide range of experiences as the characters would live them, meaning they will only have the perspectives of the characters they are following. Plots, secrets, and surprises will run amok — until the final scene when all is revealed and resolved.” I, for one, spent most of my time following the booze-soaked revels of side-character Sir Toby Belch (Grant Brown) and his clueless sidekick Sir Andrew Aguecheek (Lexy Hope Weixel).