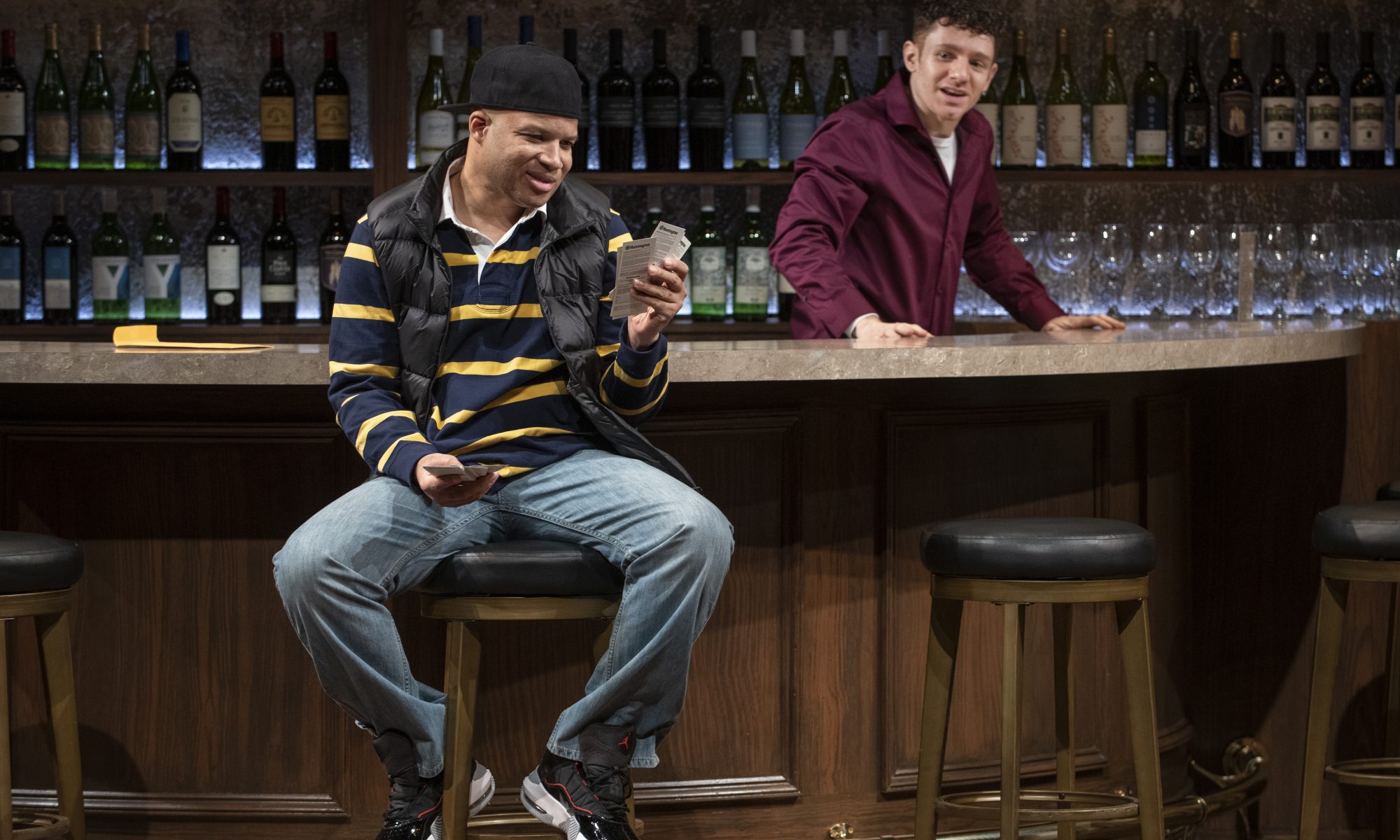 Rajiv Joseph’s King James directed by Kenny Leon opened last night at Steppenwolf Theatre to a rocking auditorium. It’s my first time attending an opening under the new artistic directors Audrey Francis and Glenn Davis. It’s only my second time attending an opening of this scale for a production I haven’t worked on since the pandemic took root. I mention this because the theater had an air of a championship game, some dressed in their best jerseys, others their best faux furs. The audience came for an event, and King James delivered.

The play’s title is inspired by LeBron James, arguably the greatest basketball player of all time, who just set a career record of 30,000 career points on March 13th, during opening night of this production. (!!!!)

As you step into the Downstairs theater, DJ and actress Khloe Janel is setting the vibe, spinning records in the box seats. The audience is rocking to 2000s hits preshow, singing Usher’s “Yeah!” to each other and waving at friends, invoking the spirit of attending a game more than a play. As the DJ winds down her set, the entirety of Marvin Gaye’s National Anthem washes over the audience (sound by Rob Milburn & Michael Bodeen). Lights come up on Matt (Chris Perfetti, Abbott Elementary) alone in a wine bar, Le Cafe Du Vin. He is sitting on the counter, crumbling a piece of paper into a ball. He makes an aspirational shot at the trash can and misses. Shoot, miss, shoot, miss. Finally he brings the trash can on the counter to make the shot – as Shawn (Glenn Davis) enters.  END_OF_DOCUMENT_TOKEN_TO_BE_REPLACED