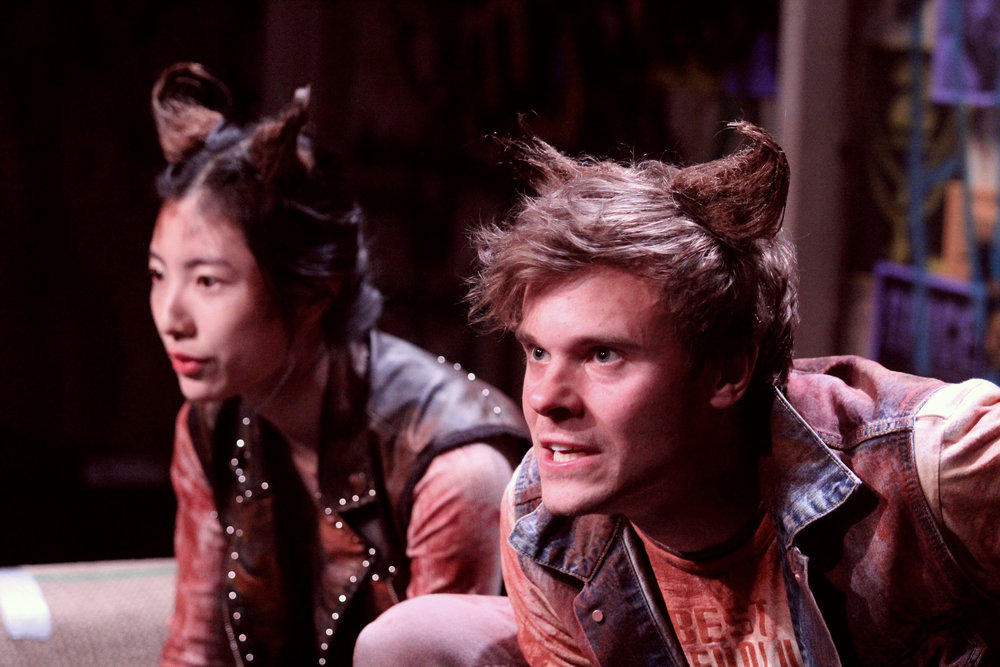 It is important to note, however, that furry communities do exist on this weird and wide world of ours, and as long as they are not acting unethically I am loathe to yuck their yum. People have all sorts of strange fetishes that will never make sense to me, but which also do not concern me in the slightest. First Love is the Revolution, though, wants you to be concerned — and not specifically about bestiality, which the play wields as a tool to make you take a hard look at uncomfortable truths. Rather, First Love examines the deluded notion that we civilized, upright humans are at our core any different from the myriad of species we torture, murder, and force into extinction every single day. And through this, of course, it also becomes a metaphor for how we treat each other. END_OF_DOCUMENT_TOKEN_TO_BE_REPLACED