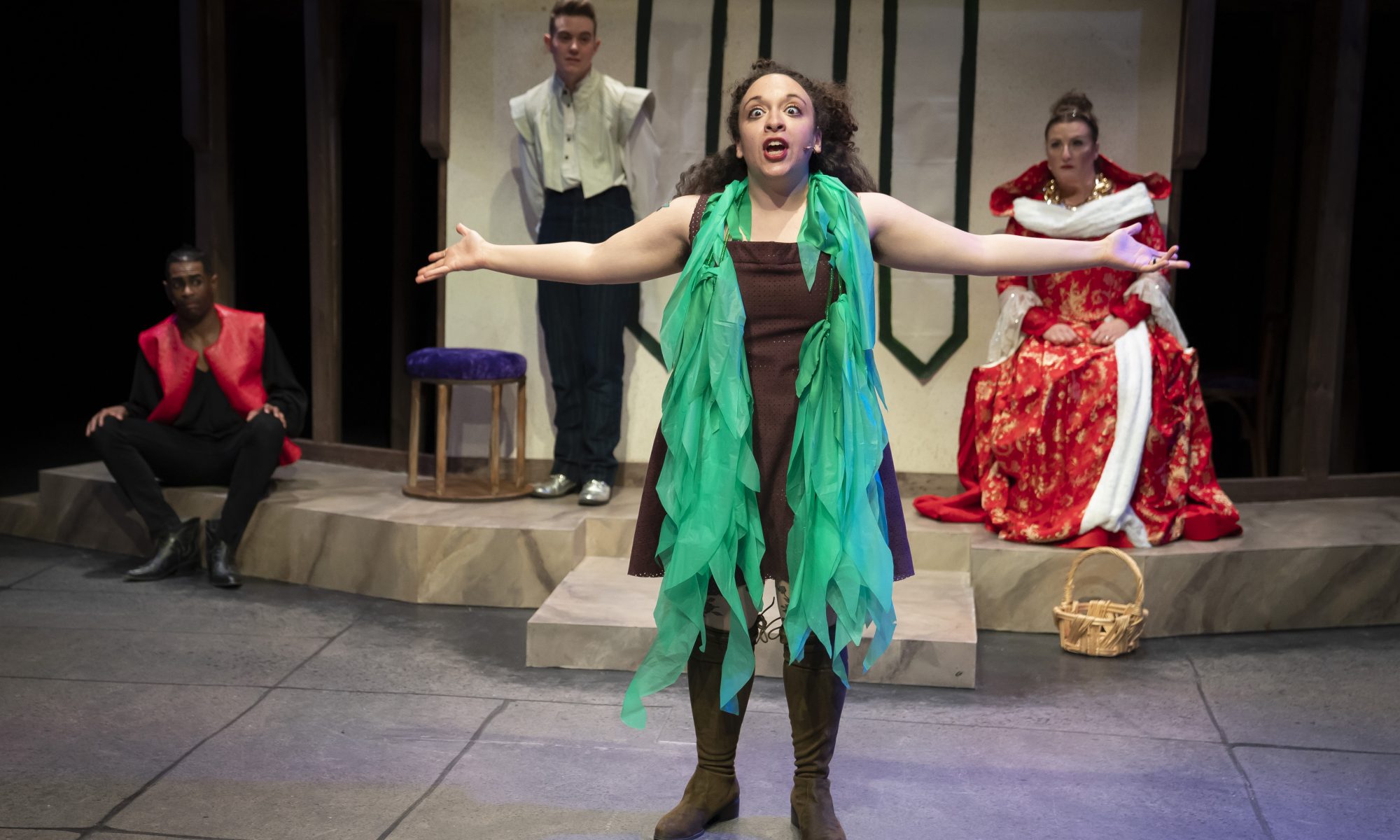 Once Upon a Mattress is a 1959 musical comedy that presents a goofy reimagining of Hans Christian Andersen’s fairy tale “The Princess and the Pea.” It tells the love story between the adorably awkward (and misleadingly named) Prince Dauntless and the bombastic Princess Winnifred (or Fred to her friends), buoyed by a supporting cast of royals, nobles, and courtiers embroiled in various scandals, japes, and shenanigans. Being a comedy from the 50’s that covers topics of love and marriage, it’s no surprise that Once Upon a Mattress leans heavily on some outdated and reductive gender roles for its laughs. The smart way around this, which director Landree Fleming has employed to hilarious effect, is to lampoon and subvert those roles at every turn — primarily by showcasing a cast that is visibly and joyfully trans, non-binary, and queer.

And holy shit, you guys, can we talk about this cast? August Forman’s portrayal of Prince Dauntless takes the trope of the socially awkward nerd and catapults it to its most exaggerated extreme, leading to some of the biggest laughs in the show. It’s incredibly funny to watch Dauntless stumble through his debilitating anxiety, and even more satisfying to see him power through it until it gives way to a lovely forthright sincerity. Sonia Goldberg as Princess Fred, meanwhile, commands the room whenever she is onstage, practically holding the audience hostage with her masterful comedic chops and a singing voice like a brick wall. Parker Guidry’s performance as the adorably neurotic Lady Larkin is. . . a joy? A bubbly parade of loveliness? An effervescent shot of caffeine in this dreary sleep-deprived morning of a world? And their interactions with Michael Metcalf’s Sir Henry bring me endless joy, his performance being a delightfully Cinderella’s-Prince-esque parody of traditional masculinity, which he carries off with panache.

Michael M. Ashford, Andrew Fortman, and Jasmine Lacy Young all shine as the dynamic trio of the Jester, the King, and the Poet respectively. Their impeccably precise slapstick antics, delightful throughout, are kicked to another level during songs by choreographer Jenna Schoppe (who has also crafted the best, most manic Spanish Panic dance I’ve ever seen). Anne Sheridan Smith absolutely slays it as the comically villainous Queen Aggravain — taking a character who, on the page, fills the sexist trope of the annoying nagging wife, and imbuing her with an eminently relatable suppressed rage and insecurity.

I could go on, but suffice it to say that the entire cast is firing on all cylinders, with impeccable singing and dancing across the board. Everyone is clearly energized, passionate, and wielding some insane chemistry that could cut through a tin can and still slice a tomato.

My only quibble with Once Upon a Mattress concerns the staging, which obviously presents unique challenges in a cabaret theater where the actors are often scattered throughout the audience. The lack of a fourth wall invites many delightful comedic moments (including one incident where the queen thoroughly scolded me for not knowing one of the dances), but it can also invite some eyeline problems. There were entire scenes and songs that took place behind me, forcing me to either crane my neck or swivel around in my uncomfortable chair. I’m sure I was blocking the view for a good half of the audience, while the other half was six inches away from the actors at most, a better view for counting their pores than enjoying their performances. During these scenes I was reminded of a line from The Producers: “You’ve all heard of theatre in the round? You’re looking at the man who invented theatre in the square! NOBODY had a good seat!”

Regardless, my enjoyment of Once Upon a Mattress was so sky-high that I was easily able to power through that drawback. I got everything I wanted in a musical; namely, two solid hours of belly laughs, and that warm fuzzy feeling in my chest during the closing number. Does this show have anything thematically substantive to say, besides its relatively self-explanatory skewering of gender roles? Perhaps not. But I found something beautiful in what I perceived to be the show’s greater purpose: to provide the simple pleasure of unabashed laughter and unadulterated joy in dark times. One of the most rebellious things you can do in moments like these — when doom, gloom, and encroachments of your civil rights seem to be pressing in from all directions — is to simply have fun as your authentic self in defiance of all who would oppose you. To indulge in the joy of queerness, revel in the absurd strangeness of it all, and sing your song as loud as you can.

Once Upon a Mattress runs at Theo Ubique Cabaret Theatre until May 1st.