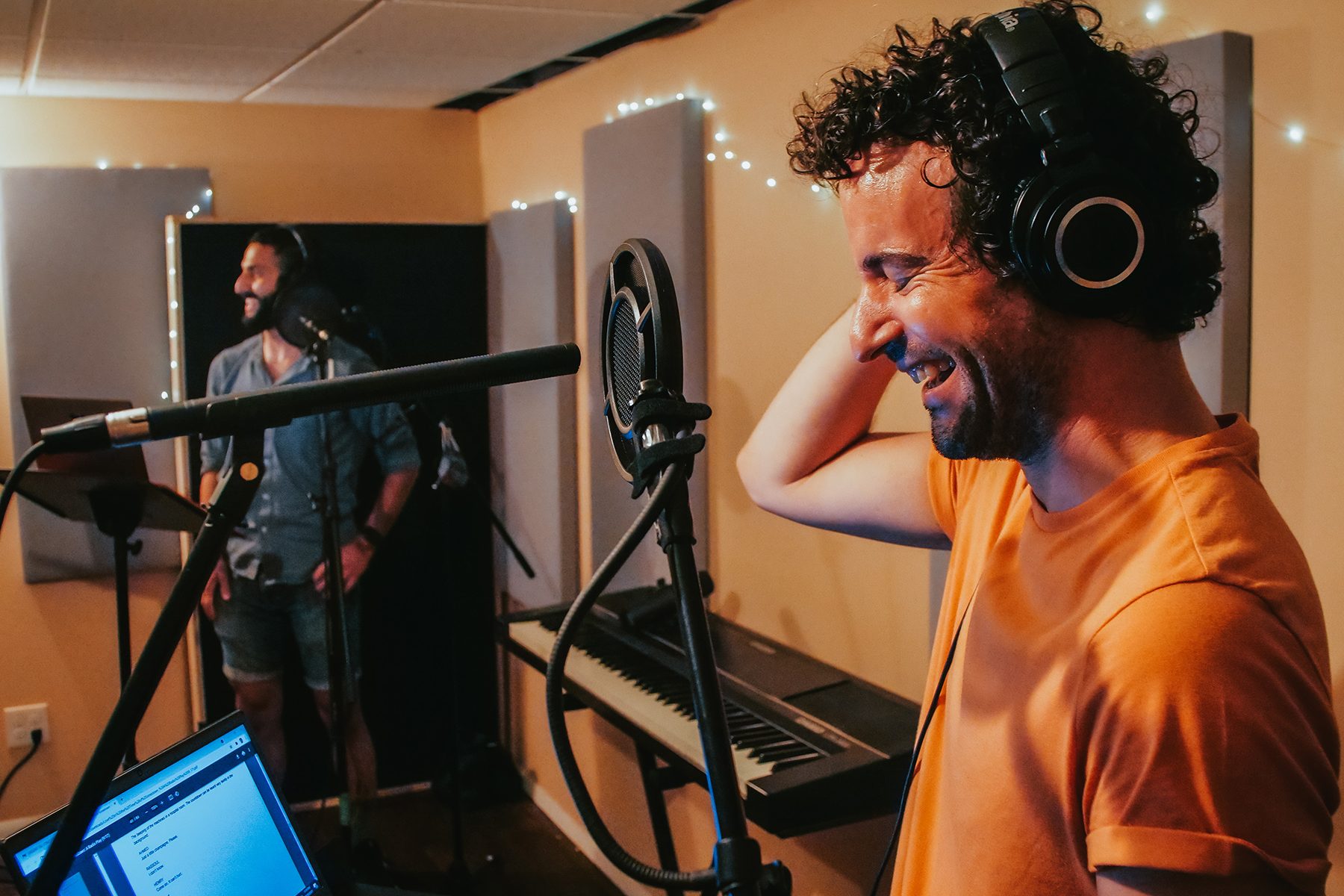 The New Coordinates, after a year of examining their internal practices and changing their previous name, brings to life Omer Abbas Salem’s Love in the Town of Jonestown, directed by Sophiyaa Nayar, as their first production since 2019. Salem is one of Chicago and American theatre’s rising voices if this past year is proof of anything. His play, The Secretaries, was workshopped earlier this year at Goodman Theatre’s Future Labs and will see its world premiere next spring with First Floor Theatre. His play Mosque4mosque saw a developmental production with Steppenwolf Theatre’s SCOUT department in March of this year. To list all his playwriting accomplishments in the last two years would run longer than the Bible! I mention this because The New Coordinates was smart to commission Salem right when his star is about to reach even higher- especially after listeners listen to this well-paced and devastatingly developed fictional recount of the events of Jonestown.

Love in the Town of Jonestown is a thrilling play about Rassoul (Omer Abbas Salem), a young Turkish-American man who wanders into the famous Jim Jones cult that led to the mass suicide massacre of over 900 people — including almost 200 children. The play starts with the chaos of that fateful day, and we jump back through time to see the moments and relationships that lead to that fateful moment. Rassoul is the heir to Turkçe, a major shipping company, and is feeling lost and without purpose — a cult’s favorite personality type. He meets Henry (Niko Kourtis), who introduces Rassoul to Wendy (another cult member, played by Stephanie Shum), Jim Jones (Mary Williamson), and Jones’ ministry. Beyond the religious elements of the cult, the ministry, also, is a place where Rassoul, Wendy, and Henry are able to explore their queerness without judgment and ridicule. Though the ending is already known, listening to the relief, joy, and belonging they feel while being a part of Jonestown makes it easy to understand why those who were outcasts in society would find belonging in Jones’ ministry.

With promises of unbounded acceptance and immediate community and compassion, Rassoul enters into the maniacal manipulations of the cult. The Jim Jones in this script is obnoxiously uncharismatic and preaches with a condescension that those who are at their lowest sometimes can’t hear. When you see Jones talking with his subordinates, however, it’s clear how he gaslights and manipulates them to further his ambitions and pacify his desires — both economic and sexual. Wendy is a sycophant, and Jones plays on her obsequious impulses to appease authority. Rassoul is desperate for attention and validation which Jones takes advantage of to earn his family fortune. It’s Jones and Henry’s relationship that is the most complex. While Jones commands Henry, Henry also guides Jones on what their next steps should be. It is when Henry and Jones speak to each other when it becomes clear that while Jones has the loudest voice, there were whispers from advisors that played a part in Jones’ ascent to authority. Kourtis does a phenomenal job in expressing simultaneously both the charm and cunning of Henry’s character. Henry acts as both Jones’ right-hand man and Rassoul’s lover. Who his loyalty lies with toward the end of the radio play becomes an important tension as the final days of the Jonestown settlement near.

The story is divided into three parts that I couldn’t help but binge in one sitting. Each part ends on such an enticing reveal. The reveal at the end of part one left me itching to click on the next part. The way each episode ebbs and flows in narrative weight highlights Salem’s gift for storytelling, as well as Nayar’s ability to conduct the momentum of Salem’s script with a deft hand. The sound design (Eric Backus) adds the touch of realism needed in the tragically absurd world of this cult. The sounds of the hospital, Guyana, and the other locations helped to situate me in the environment of this script without the characters having to tell me where they were.

What an exciting play from Omer Abbas Salem. It is an auspicious harbinger of the talent we can expect when his play premieres next spring at First Floor Theatre.

Photo Credit: (left to right) Tommy Malouf and Niko Kourtis in the recording studio for The New Coordinates’ Love in the Time of Jonestown – A Radio Play. Photo by Patriac Coakley.