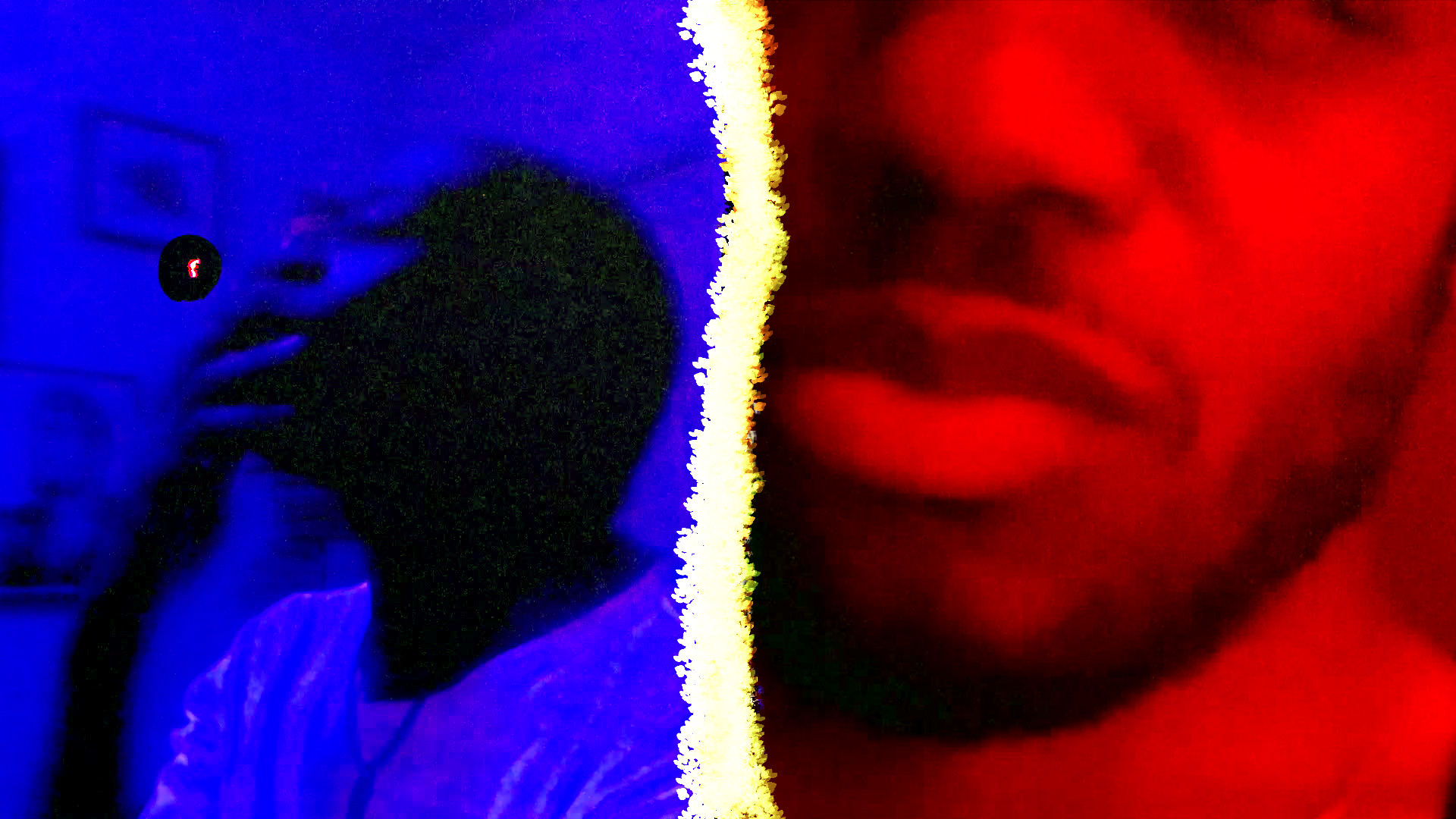 The two actors give fascinating and detailed performances as two very different kinds of poets. K. Todd Freeman is one of my favorite character actors (his roles on both Buffy the Vampire Slayer and A Series of Unfortunate Events are some of my favorite TV performances of all time), and he does not disappoint here. He plays Keith as hesitant and cautious to a fault, but only as a defense mechanism, as a mask for deep, churning wells of feeling which are slowly unmasked in his interactions with Ronnie.

Fiery, young, and ferocious, Jon Michael Hill’s Ronnie embraces and even runs toward uncomfortable truth. He is fascinating to watch as he challenges and even deliberately offends Keith, poking and prodding him until he reveals what he really means. This dynamic makes it quite easy to imagine how the writing of each character (both are poets by trade) might differ from one another.

The dialogue from playwright James Ijames mostly skews realistic, firmly grounding the events in a reality that I’m sure is quite familiar to all of us — that is, holding difficult and uncomfortable conversations over video chat. The poetry leaps out from the screen not in the characters’ speech, but in the structure of the conversation. Each quiet revelation and peeling back of feeling feels like the line of a wondrous poem, giving the proceedings a warm and comforting feeling.

Although the piece itself is strong enough to hold its own even if it had just been footage from two webcams, director Whitney White adds some visual flourishes that enhance the narrative and make What is Left, Burns feel more like a short film than a play. There are regular cutaways to shots of the characters alone in their spaces, removed from the conversation, which are colorful and saturated. The audience understands from clues in the dialogue that these are not literal events, but metaphorical representations of all the things the characters aren’t saying in that moment. Additionally, occasionally the video from one character’s camera will disappear, as the narrative focuses on the other character’s emotions for a short moment. It’s all quite subtle, but gives the play a sense of heightened reality that makes it feel, fittingly, almost like a poem.

Most of all, What is Left, Burns made me think of all the ways that intimacy must be renegotiated in this dirty, dishonest year we’re living in. Often, social distancing feels like a prison of the body, a sluggishness of the mind — exacerbated by the far-off notion that some people aren’t even bothering with it, that you too could be free of this weight if only you cared a little less about the consequences. In so successfully conjuring an atmosphere of poetry and intimacy with few resources, What is Left, Burns gives me hope. As I watched two characters attempt to bridge an unbridgeable distance with technology, I began to believe that I have the power to do the same in my own life.

What is Left, Burns is available to stream on the Steppenwolf website.