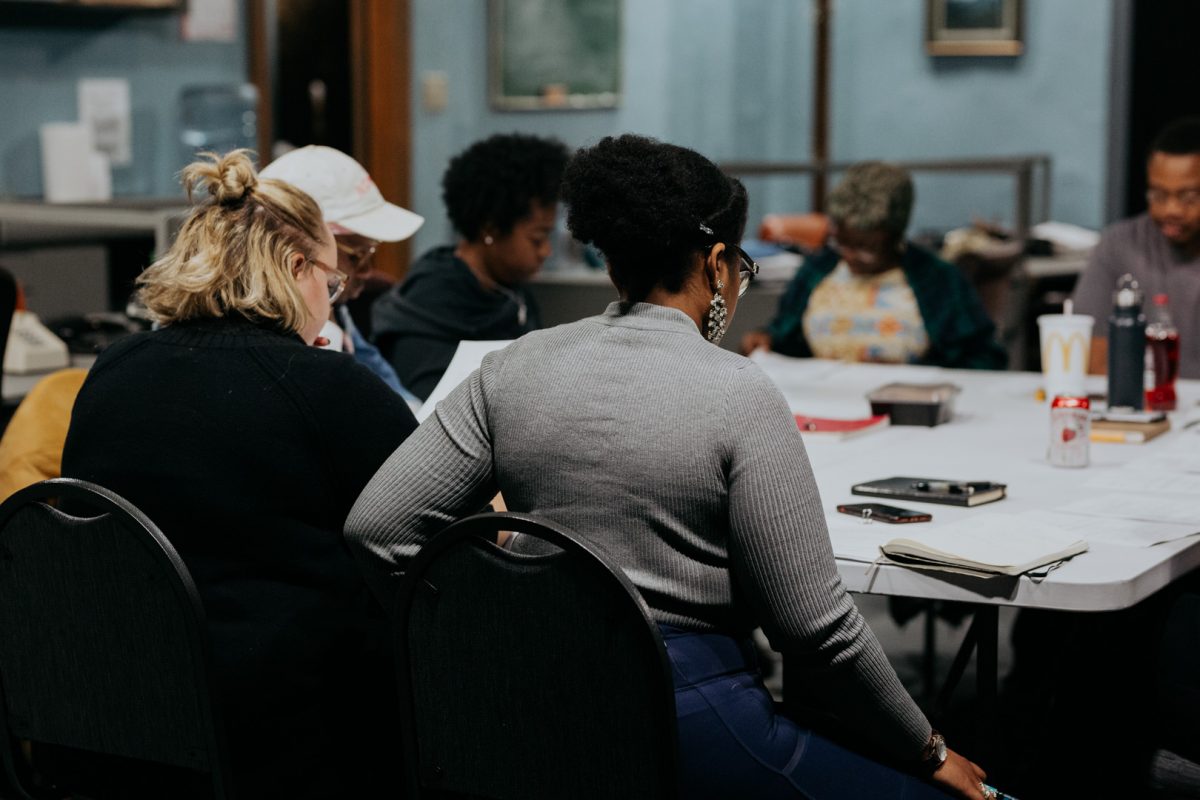 In the future, art is not created it is produced.

In the future, there are no questions, only answers.

In the future, diversity is a statistic and not an ethic.

In the future, budgeting decisions rule out artistic ones.

In the future, our audiences remain predominantly white, and privileged.

In the future, theatre is solely a product for entertainment.

In the future, every Story You See will be the Story You Just Saw Only Better and More Diverse.

In the future, judgement replaces empathy.

In the future, artistic vision is a business plan.

This future is not so distant.

“We are at the precipice. Everything in our society could change tomorrow, simply because it cannot sustain its way of being any longer. How are we envisioning that future, in the arts and beyond? At Rescripted we are envisioning an empathetic future, driven by advocacy and dialogue, rather than this present cycle of trauma and fear.” – Regina Victor, Letter From the Editor: Artistic Visions for 2020. December 31, 2019.

We are experiencing a vital shift in the landscape of American Theatre that requires our attention. We cannot afford to look away for another moment. Do you know who determines your future?

Institutions are placing Executive Directors, or Executive Artistic Directors who have not been and never will be artists at the helm of our institutions. Why would theatre, the conscience of the nation, give itself over to the same management structure as Amazon or the meatpacking industry?

Artists live our entire lives being told we are not good enough, not smart enough, not educated enough to manage our own creations. I strongly believe this is a lie. A lie created by people who would use your insecurity to profit off of your talents. A lie created by people who need you to be looking elsewhere so they can exploit you. I was told artists couldn’t be critics and years later over a dozen of you have written for this outlet and several others because we offered that skill to folks for free.

ANYONE CAN WRITE. ANYONE CAN LEARN TESSITURA. FIGHT ME.

That is the difference between a vision, and a business plan. I am not a business person. What has made Rescripted successful was a vision of reprogramming the way we critique each other, shifting from negativity to empathy. I envision that not just for this outlet but for our city, our country, and I hope, the world. This message has reverberated in ways I couldn’t imagine on a national scale. Artists are taking it upon themselves to change the course of conversation, and we need to do the same thing in management.

Arts organizations led by people whose training is centered in selling a product are selling you. And they’re selling you short. You deserve better.

An artist takes the artistic – and therefore financial – risks an executive director is trained to avoid. That is because the artist lives in abundance. You may be looking at a spreadsheet, but in the act of creation lines tend to get blurry. I know what a hit is. I know what the potential return is, not just monetarily but societally. Do you think August: Osage County was financially sound? What about Wicked? Book of Mormon? Natasha and the Great Comet? There’s a million chandeliers in that show. Would an Executive Artistic Director really be able to see the potential in that and go to the mat for it?

Or is it more likely an exhausted playwright or composer is going to face yet another year without having their play produced?

I don’t know about you, but I am tired of institutions telling me whether or not I get to do what I was born to do based on its economic viability.

1619 already won the Pulitzer. How about we enter the liberated present?

We can lead ourselves. This is my vision for our artistic future:

In the future, we invest in our artists. We deserve pay for our labor, even in the off-season.

In the future, we invest in our communities by ensuring that our creative teams and patrons reflect their lived experiences and possibilities.

In the future, we invest in a nationwide new play pipeline that is bold, and diverse.

In the future, we invest in our emerging leaders by overthrowing our “intern economy” and building an industry independent of free labor.

In the future, we invest in safe working environments, creating artistic spaces free from abuse with successful reporting structures.

In the future, we invest in an open seat at the table.

In the future, we invest in the leaders who created opportunities for us.

In the future, we invest in ourselves with abandon, understanding that we are essential.

Photo Credit: The Hagens. Creators in a new play workshop.