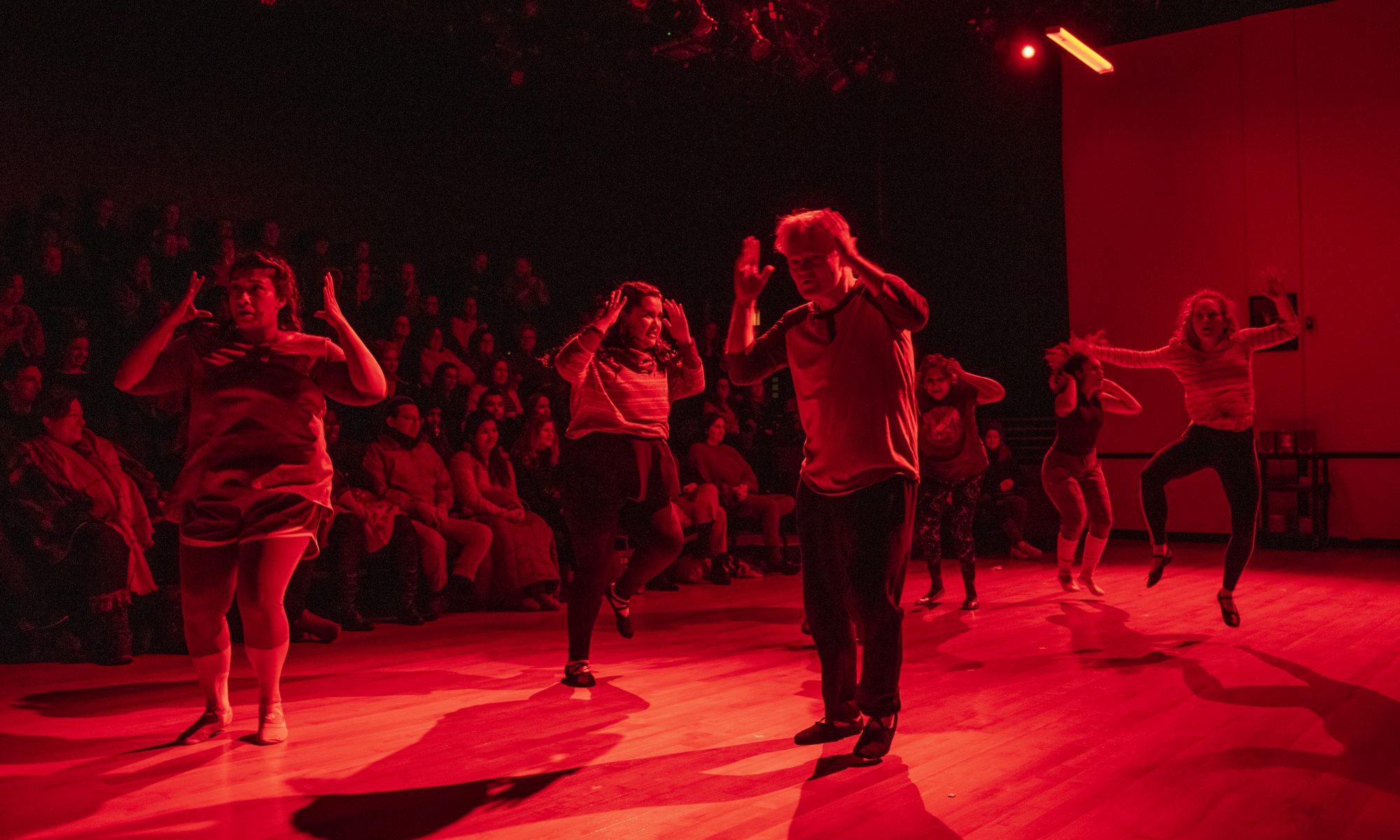 Dance Nation, written by Clare Barron and directed by Lee Sunday Evans, captures the sweet, strange and uncomfortable aspects of growing up in and surviving the world of competitive tween dance, as we follow the adventures of six young girls preparing for a national tournament. A finalist for the 2019 Pulitzer Prize, the play received its world premiere at Playwrights Horizons in 2018 and ran at the Almeida Theatre in London before coming to Steppenwolf for its regional premiere.

Armed with a multi-generational cast and a healthy dose of whimsy, this production succeeds in telling this story in a way that required the magic of a theatre. It invokes imagination, is anything but expected, and in this way subverts the classic coming of age story into something as weird, messy, and wonderful as actual puberty. The dances are less literal and more figurative, capturing each character’s essence. One that stood out in particular perfectly captures the importance of ‘dance face’, and puts it up front and center with the assistance of some impeccable tech. Transformative lighting by Heather Gilbert moves us seamlessly through time and space, guiding the audience along a non-linear plot. Sound design by Mikhail Fiksel perfectly underscores each dance, monologue, and transition; movement and sound feel intertwined into a well choreographed dance piece.

Having grown humans play young teens gives us the opportunity to hear what these kids are going through and see the people they will eventually come to be on the other side. It was hauntingly beautiful, particularly during their monologues, to witness both the kid going through it in real time and the adult who will always carry that moment with them. It drew the faintest connection between the patterns we internalize as children and how we replicate them unconsciously growing up — and asked us to wrestle with that juxtaposition.

In an overall enchanting experience, I was disheartened to see that Connie’s (Adithi Chandrashekar) journey was limited to her race in relation to “who gets to play Ghandi” in the team’s next competition routine, a plot point introduced near the top of the play that sets up conflict for main characters Amina (Karen Rodriguez) and ZuZu (Caroline Neff). It felt like the script wanted to at least acknowledge the racism and orientalism that still runs rampant in the dance world, without actually delving into it lest it distract from the real plot. Aside from a short monologue in the last moments of the show, however, we don’t get any insight into who Connie is or what she aspires to — outside of feeling like she deserves to play Ghandi because of her heritage. In this way, the show oversimplifies the many ways that race affects people of color in the dance world, and makes the story feel presented from a white perspective. A likely unintended impact, but it kept me from being fully encompassed by the world, as I constantly worried how Connie’s culture might continue to be used for story convenience rather than character growth.

Dance Nation is a femme-forward celebration of self that asks us to throw out the rules we know in favor a wild ride. It gives us the opportunity to look at how far we have come, with a hopeful glimpse into what lies ahead.