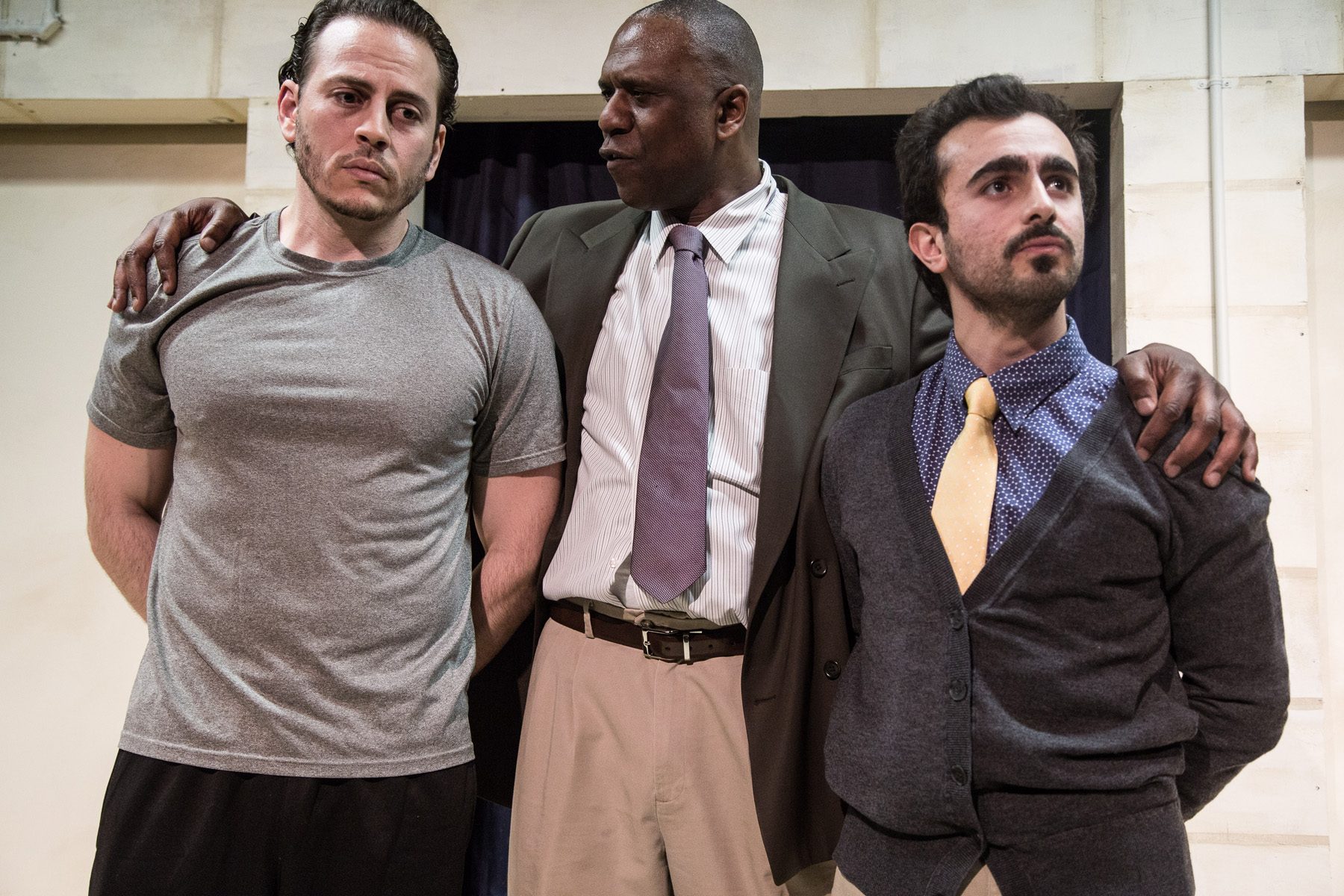 While preparing my review of Language Rooms for publication, I saw a post on Facebook from fellow Rescripted critic, dramaturg and writer Yasmin Zacaria Mikhael. Mikhael’s post led me to a second post from actor Arti Ishak, who has previously contributed to an article on Rescripted by Emma Couling. Both of these posts expressed the pain and frustration caused by this production of Language Rooms, and became catalysts for community discussion about the show, its implications and impact, as well as the response of the largely white group of critics that wrote about the show. In reading those discussions, and after reaching out to Mikhael and Ishak, it was clear that my initial response to the show was missing something.

Talking with Yasmin and Arti, and reading the comments of the leaders and artists that commented on their posts, challenged my acceptance of El-Guindi’s text. El Guindi relies on stereotypes to reconstruct the culture he wishes to critique, a culture which thrives on racist notions of muslim immigrants, specifically Middle Eastern and North African (MENA) immigrants.The culture in Language Rooms, and by extension the United States, is defined by compulsory nationalism, as well as adherence to conventional (read: Western) modes of expression and behavior. It seems to be El-Guindi’s intention that Ahmed and Nasser’s heritage and family cultures are positioned as liabilities, and ultimately as the cause of their own exposure to racist violence and torture. This production, and the artistic leadership at Broken Nose Theatre, did not challenge these positions and further compounded the negative impact of the show by casting a South Asian actor as a MENA character. Paraphrasing Arti Ishak: In casting a South Asian actor in the role of Samir, this production and Broken Nose confirmed and upheld the racist imagining that Muslims are a monolithic group, and that South Asian and Middle Eastern and North African cultures and people are interchangeable.

Ultimately El-Guindi’s critique of the United States sacrificed the legitimacy of the story of the MENA characters in the play, as well as the lived reality of many people in the U.S. who share some of the experiences of these characters.

What is most troubling to me about my initial response is the ease with which I received the images and narratives this production put forward. I did not challenge the final image of Ahmed’s torture, and thereby validated the theatrical metaphor of the play as a whole and confirmed the transmission of these stereotypes. What is even more troubling is that I have encountered a similar narrative structure in a different play about a Middle Eastern immigrant in Silk Road Rising’s Through the Elevated Line. In my review of that show I asked about the impact of plays that recreate acute racial trauma for the purpose of educating or building empathy in Western audiences. So what changed? How did I change in that time that I received those stereotypes and narrative structures so easily? How else have I internalized harmful views about MENA and Muslim folks? What am I doing to challenge and interrupt them?

Mainstream theatrical criticism, and the critics who write it, often play a central role in the level of access that theatres have to material resources and prestige. I have seen this in the way that productions that perpetuate harmful stereotypes, or trade in the pain of marginalized people, are praised by majority critics and subsequently experience increases in ticket sales or further notoriety. In this way, and in others, critics are a part of a power structure that is rooted in a history of racism and inequity. When mainstream publications cannot attract the critical voices that are equipped to approach work by marginalized people (often because they pay too little, or are not invested in taking the time to listen to communities affected by the work), here specifically MENA folks, this power consolidates along pathways in which white critics are already entrenched.

“Even in Chicago, no one is surprised that a majority of critics and the shows that they critique are overwhelmingly white. This does not excuse either the critic or the producing company from having the cultural competency necessary to cover or produce work by people of color. When at this intersection, critics must be brave in their coverage and do their job—especially when publications are slow to hire the voices they desperately need. But when we write criticism, it’s supposed to come from a place of being holistic. What does it mean for the pre-show announcement to warn of explosions/bombings during Ramadan, when Mosques are now doing active shooter drills? What does it mean when the majority white theatre laughs here?”

As a critic, I am responsible for the way that my reviews confirm or participate in the systems of oppression that operate in, on, and through the theatre I attend. If I am to hold myself accountable for the impact that my voice has via this critical platform, I must challenge and interrogate the biases and world views that I have internalized and inherited. Or, in the absence of the necessary cultural or historical knowledge and experience that would allow me to more holistically respond to a piece of theatre, I believe that it is my job as a critic to include or make room for voices that do have those lenses. Additionally, if I purport to be a critic that is committed to pursuing racial equity, disrupting systems of oppression, then it is my responsibility to activate my privilege and position and leverage the platform I have to address these kinds of instances.

I am thankful that Regina encouraged my impulse to utilize Rescripted’s platform to engage publically with a transparent interrogation of my own biases, as well as to invite voices in the community that are most affected by the impact of this production. I am also thankful to Yasmin, Arti, and all the folks who shared their thoughts and labor on their posts. There is strength in framing critical response as part of a larger discussion, and not just as authoritative reporting.

In my eyes, the lesson of this moment is that my identity as a queer person of color does not prevent me from acting in line with a system that is inherently oppressive. It is essential to interrogate biases and create new structures to avoid replicating the cycles that cause harm. This is not a new conversation, and I am certainly not the first to say these things. I needed a reminder that the work of resisting and undoing is ongoing and I’m grateful for the community conversations that played a crucial part in opening up my perspective.