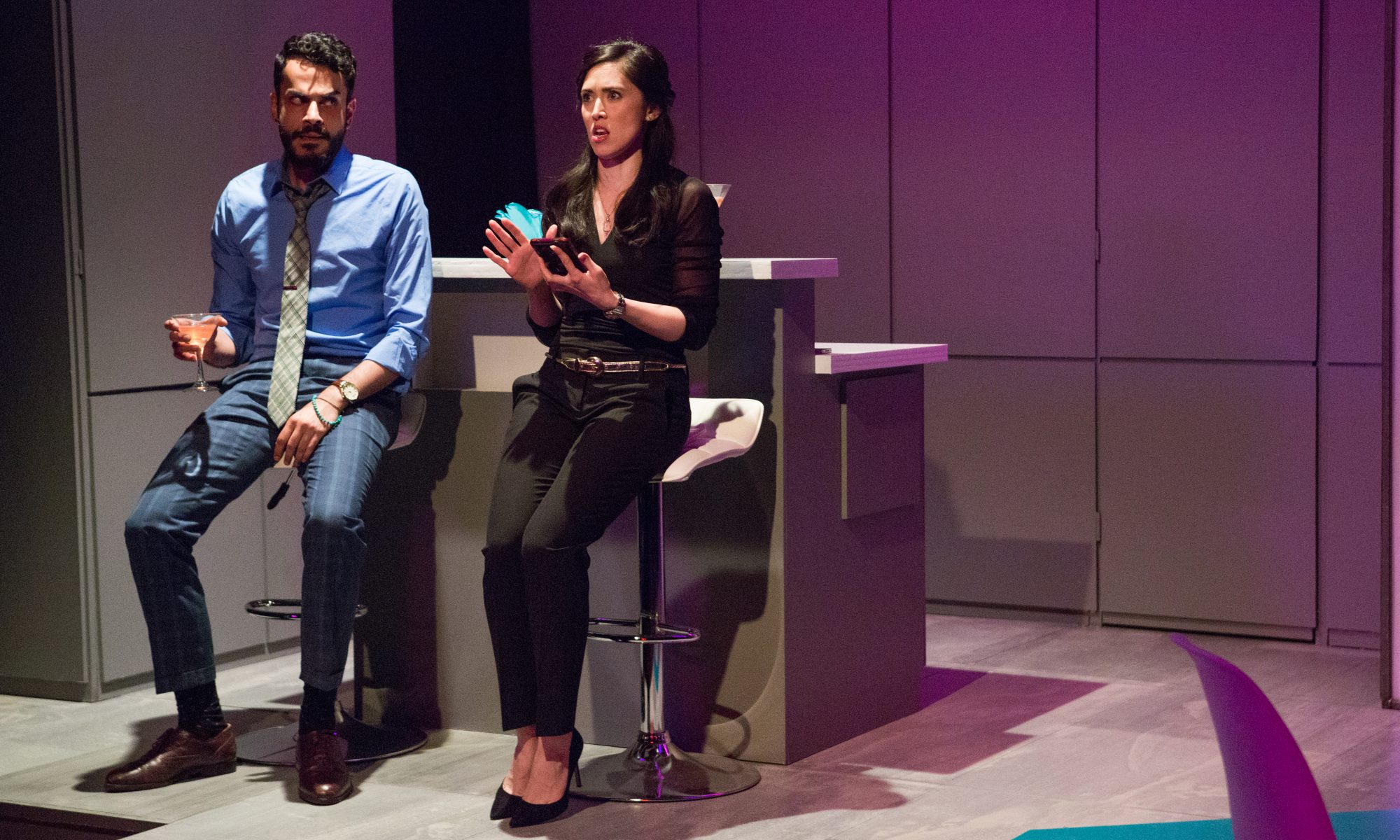 What does getting older mean when you’re a woman? In a world trying to stay youthful, Linda Wilde wants to embrace the opposite. Linda tells a story not often heard. The lights go up and you’re already a part of the show, the breaking of the fourth wall yanks the audience into this UK drama as Wilde tries to convince her colleagues that aging is natural and therefore something to embrace, but in this day and age (pun intended) the people want to stay supple.

The set seems simple enough, a countertop stage right and a small two person table to the opposite. It is a blinding white, pure, clean slate-like. Though minimal, it is transformed into at least four different rooms, all through the use of sliding screens that are later used as screens for projections. The simple yet multipurpose-like quality of the set adds an air of leisure despite the very pressing issues at hand.

The Wilde family dynamic is nothing special at first glance, which at first made the audience seem like a bunch of creepers paying to eavesdrop on a family rather than people watching a show. Things are quickly turned on their head as we learn of each character’s individual turmoil. There’s a very interesting contrast between the two daughters, it seems Bridget- the youngest- has an insatiable desire to be seen whereas Alice-the older, half sister-  wants to be invisible. The contradiction causes disharmony between the girls, driving them further apart than the 10 years already have. At times the acting felt awkward and unsure, making it hard to separate this from script work or direction, nevertheless this added a disconnect between the two girls, forcing their mother to work harder to be the glue.

This also seems to be a recurring theme, this idea of 10 years and the space between. 10 years prior to what we see now, Linda won an award, she holds on to this still and never fails to mention it in times of stress. She seems to think her fear of being forgotten can be assuaged with the award, yet time still moves forward and she gets less recognition. As she gets older, her opinion in the workplace becomes less valuable. She becomes less valuable.

A really interesting thing about this show is its ability to highlight the same theme in two very different characters. Linda’s rival, Amy, a new, young and hot addition to the company, replaces her easily with looks and ideas. But even Amy worries about things like getting married and having a child before promotion and all before 30, giving her only about five years to meet her goal. Her frantic nature is a change from her usual innocent yet devious persona, it allows for the audience to sympathize with her before remembering she’s an uncompassionate bully.

Not only does this production battle with women in the workplace, but the idea of perception and change. Linda’s inability to address problems that might make her life look less desirable, or even Bridget’s obsession with being “the one with the most lines” highlights certain pressures everyone is facing yet are simultaneously facing away from. Linda tells a passionate story of a women struggling to hold onto a world that is trying hard to forget them, but she won’t go down without fighting against society’s standards.