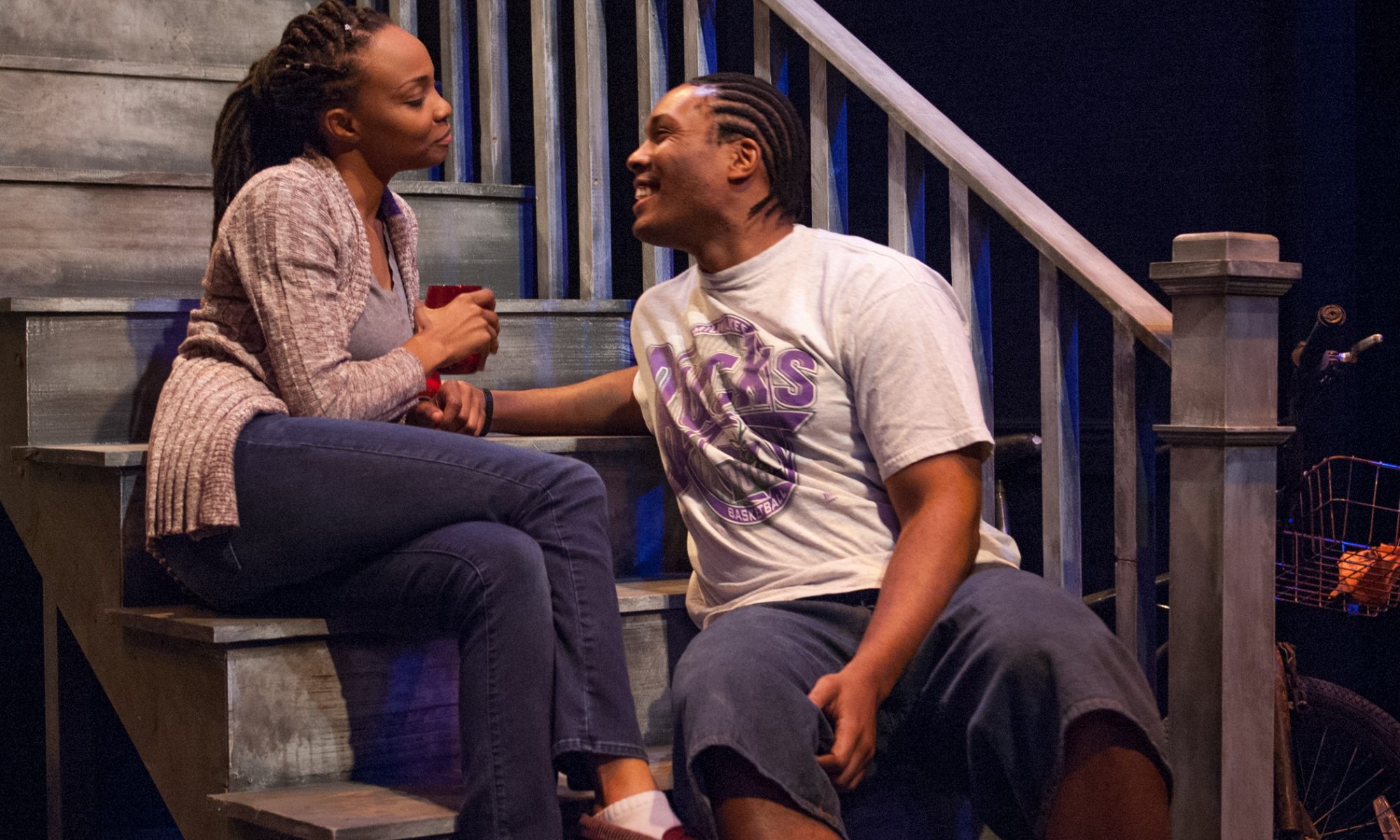 Brett Neveu’s world premiere TO CATCH A FISH, developed at Timeline and directed by Ron OJ Parson, takes on the morally repugnant practice of police entrapment. Neveu takes us to the peaceful Milwaukee neighborhood of Riverwest where in 2012 officers from the Alcohol, Tobacco, and Firearms Bureau set-up a phony shop with an aim to lure the community into selling guns by offering to purchase them at triple their street value. This perverse incentive created a gun market where there wasn’t one. People started buying guns at local stores to turn around and sell them to the ATF, even going so far as to dredge up antiques and family heirlooms to cash in on the offer. Later, community members entrapped by this scheme were rounded up to face criminal charges.

Neveu’s lead character, Terry (Gino Walker) is inspired by one of the nearly thirty victims of this scheme, Chauncey Wright. Wright has an intellectual disability caused by an accident in infancy. Horrifyingly, this disability was exploited by the ATF. When they realized he was easily manipulated, they recruited him to hand out fliers and spread the word that they had cash for guns. In the aftermath, Wright was convicted of illegal gun possession.

To research the play Neveu spent time in Milwaukee getting to know Wright and his family and interviewing them about the incident. He later returned with the play’s creative team. The result is a production that captures specificity of both character and place.

TO CATCH A FISH is exciting because it puts a character with an intellectual disability at the center of the story. Walker lovingly plays Terry as kind, earnest and motivated by a desire for friendship. He is a grown-man with childlike emotional intelligence, represented by the child sized bicycle he rides. Terry’s grandmother Brenda, (Linda Bright Clay) and cousin, Dontre (Al’Jaleel McGhee) are at once protective of and frustrated by Terry’s limited understanding of the world around him. Terry is unable to distinguish between true friends and those who would exploit him. He takes everything at face value and longs for nothing more than to be helpful. Rochelle (Tiffany Addison) is Terry’s girlfriend and her front steps are a safe haven for Terry. In one of the play’s most emotionally resonant moments Rochelle patiently tries to teach him how to distinguish real love from false friendship, but the nuances are just beyond his grasp. Neveu adeptly explores how the people who love Terry sometimes feel unseen. Both Dontre and Rochelle long for more emotional intimacy and a deeper connection with Terry even as they cherish his ability to love them unconditionally. Much of this play is about these characters seeking and failing to get what need from each other: to feel safe, loved and understood.

The play’s subject of entrapment is echoed in Parson’s taut staging and he maintains an atmosphere of suspense throughout. Terry is often at the center of the action with other character’s circling, encroaching on his physical space. From the beginning there’s a palpable sense of danger as the two menacing white ATF officers mock and manipulate Terry. These scenes are frightening from an audience perspective because Terry is unaware of the danger of this association creating built-in dramatic irony. The audience’s anxiety skyrockets as we pick-up warning signals Terry can’t discern.

Watching federal agents plotting to lure people into illegal activity showcases the ways in which law enforcement agencies function as a state sanctioned system of oppression against communities of color. When Dontre and Rochelle each individually seek out and attempt to confront the ATF agents, the agents ooze with contempt punctuated with blatantly racist overtones. Caught in the middle is the character of G., short for Regina (AnJi White) the black undercover cop who has been assigned to work with these ATF guys in spite of her misgivings. At first she participates but as the play progresses the moral peril of her situation becomes apparent. When things implode she’s left to clean up their mess.

The play also zeroes in on the toxic stress of racism and its intergenerational toll on the black community. As Terry’s cousin Dontre observes, “This country, this universe, has sentenced us to pain.” Brenda wants to protect Terry from Dontre because as teenagers Dontre got Terry involved in selling ten dollar bags of drugs and they both went to jail for it. But her unwillingness to forgive Dontre his youthful mistakes means she’s withholding the only lifeline that can guide Dontre through the crippling depression that afflicts him. Bravely, he opens up about his emotional state to his grandmother. In a powerful monologue she outlines the emotional toll of losing her daughter and nearly losing her grandchild. But although they almost have a breakthrough moment, Brenda seems intent on maintaining an emotional distance, leaving Dontre just shy of safe harbor.

There are extensive dramaturgical materials in a creative lobby display designed by Dina Spoerl and researched by dramaturgs Tanya Palmer and Regina Victor. A highlight of the display is a room full of colorful fish hanging from the ceiling each with a statistic related to the play. Along the hallway there are didactic materials about Chauncey’s case as well as historical information about similar incidents of police violence and misconduct.

TO CATCH A FISH is an engrossing portrait of a beautiful, vulnerable man that calls out the destructive practice of the sting operation, too often glamorized or satirized in popular culture.

Trigger Warning: This play contains a prolonged and realistic portrayal of a federal agent assaulting a disabled person of color.

Bias Alert: Rescripted founder Regina Victor was a co-dramaturg for this production.