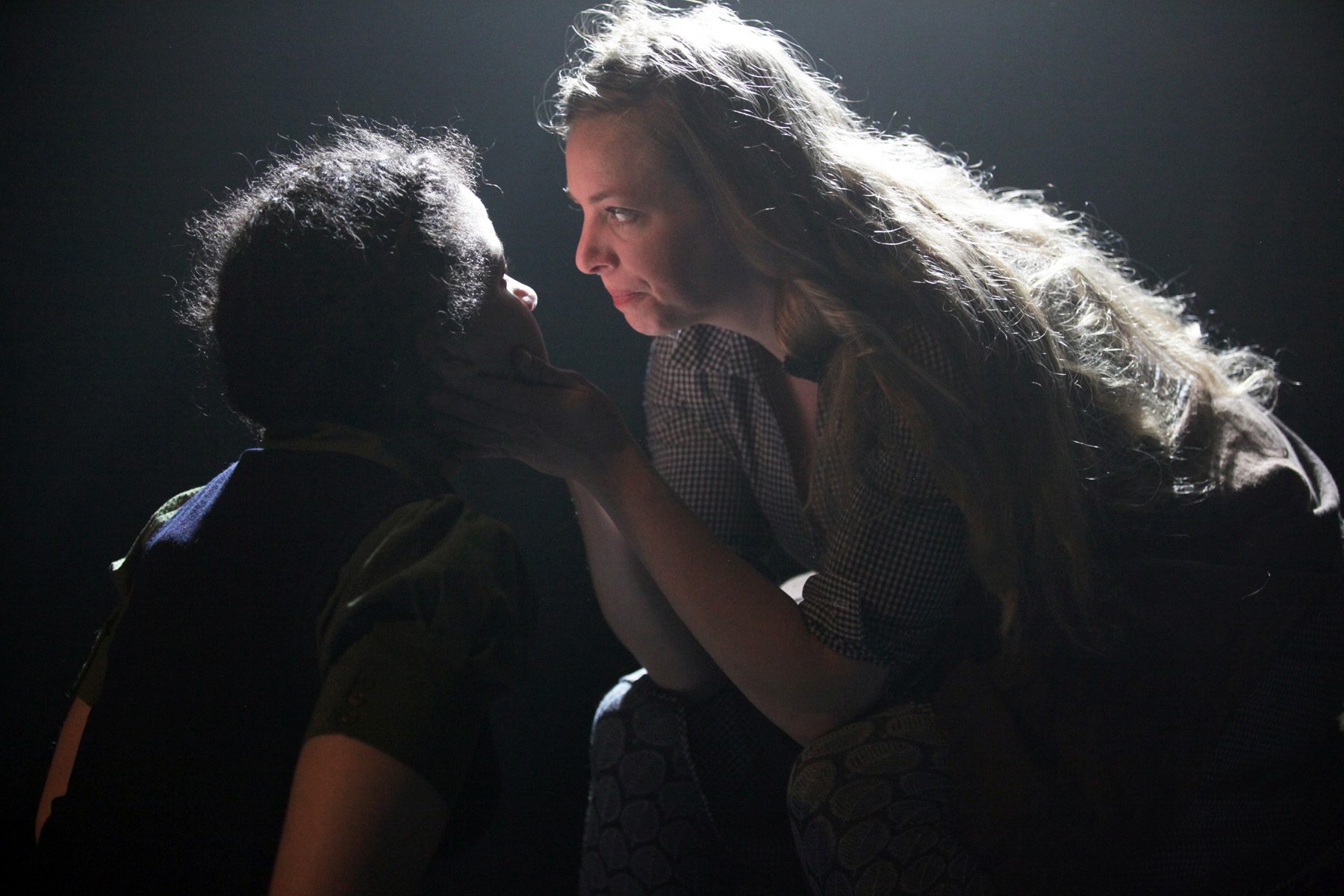 Bertolt Brecht’s Fear & Misery in the Third Reich is a deeply chilling series of short plays detailing life in Hitler’s Germany. Director Josh Sobel’s well-curated presentation of these vignets captures the immediacy of the fascist threat including: the dissemination of propaganda, attacks on free speech, the dismantling of the justice system and state sanctioned hate crimes.

Brecht’s characters include a couple who live in terror their child will report them to his Hitler Youth leader, a judge forced to rule on a potentially career ending case when influential people on all sides have a stake in the outcome, and a middle class Jewish wife preparing to leave the country to protect her husband’s career. Forget protected speech, under the Third Reich there is no space even for protected thought or emotion. The result is universal mistrust that leaves everyone in a constant state of paranoia. The stakes start high and stay high throughout the entirety of this tension filled production.  Each story leaves characters in mid-situation reinforcing the fact all are hopelessly trapped. Nothing is resolved. We fill in the rest from our knowledge of history. There is no room for sentimentality, heroism or catharsis in Brecht. Only the horrors of fascism on full display.

The talented ten person ensemble, listed as “dissidents” on the program, play numerous roles. Highlights include scenes featuring Siddhartha Rajan, Amanda de la Guardia, Kyla Norton and Joe Bianco. The stage consists of raised platforms above the audience who sit on hard grey benches around the perimeter of the room giving everyone a somewhat obstructed view. By design, nothing about sitting through this play is comfortable. This functions to create a Brechtian alienation effect, or Verfremdungseffekt. Instead of feeling invited into the world of the play, the audience is made to feel like witnesses and complicit ones at that.

The lighting (Claire Chrzan) fills the room with harsh shadows and stark contrasts. Simple costumes (Izumi Inaba) and a well curated handful of props (Janice Gemp) do just enough to invoke the period without introducing anything distracting or unnecessary. These items become artifacts, even evidence: an SI officer’s new jackboots, a housewife’s fur coat.

The show ends with a call to resist fascism. The Haven makes the connection between past and present concrete by providing the audience with information about how to “say no to fascism!” by providing suggestions of organizations to support. Dramaturg Abhi Shrestha has created a collage of current news articles positioned at the exit to the theater that drive home disturbing parallels between Nazism and Trumpian policies, from deportations to farm policy. Fear & Misery is like a warning from the past about how our future might turn out if we don’t change course in the present.

Brecht wrote plays to shock the audience out of complacency into action. The Haven’s revival of Fear & Misery left me shook, furious and implicated. Just as Brecht intended.

*Bias Alert: Abhi Shrestha, dramaturg for this show is content coordinator for Rescripted.

FEAR & MISERY IN THE THIRD REICH