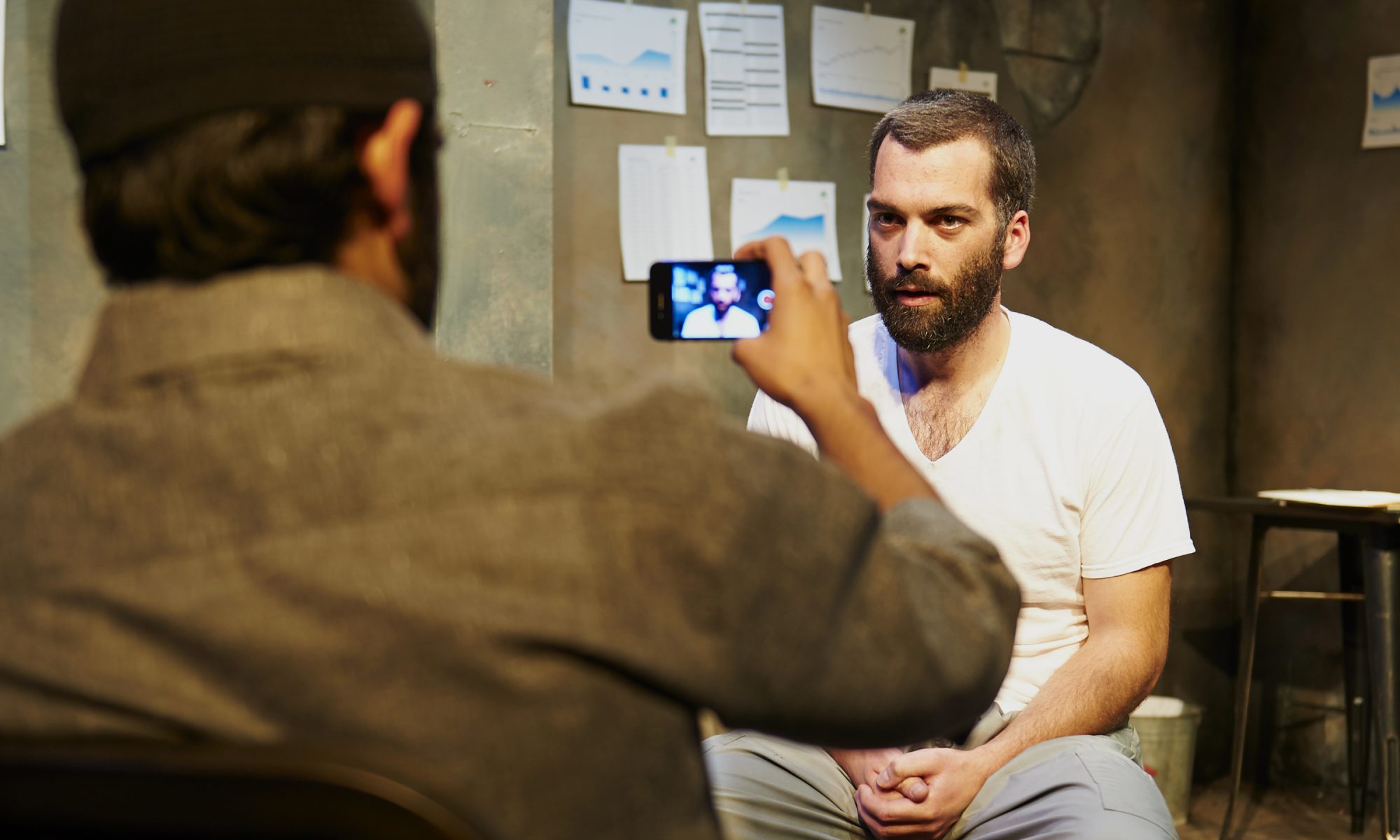 Ayad Akhtar’s The Invisible Hand opens with a disarming juxtaposition. Nick (Joel Reitsma), an American banker, is being held for ransom under grim conditions in a cell somewhere in Pakistan. Surveying the scene, we brace for the worst, but instead we are party to an unexpectedly friendly conversation between Nick and Dar (Anand Bhatt), the guard charged with watching him. Nick has been trading his professional expertise for better treatment. Moments later, Dar’s superior, Bashir (Owais Ahmed) bursts in abruptly upending the power dynamic, setting the tone for a play full of danger and disquieting reversals.
END_OF_DOCUMENT_TOKEN_TO_BE_REPLACED