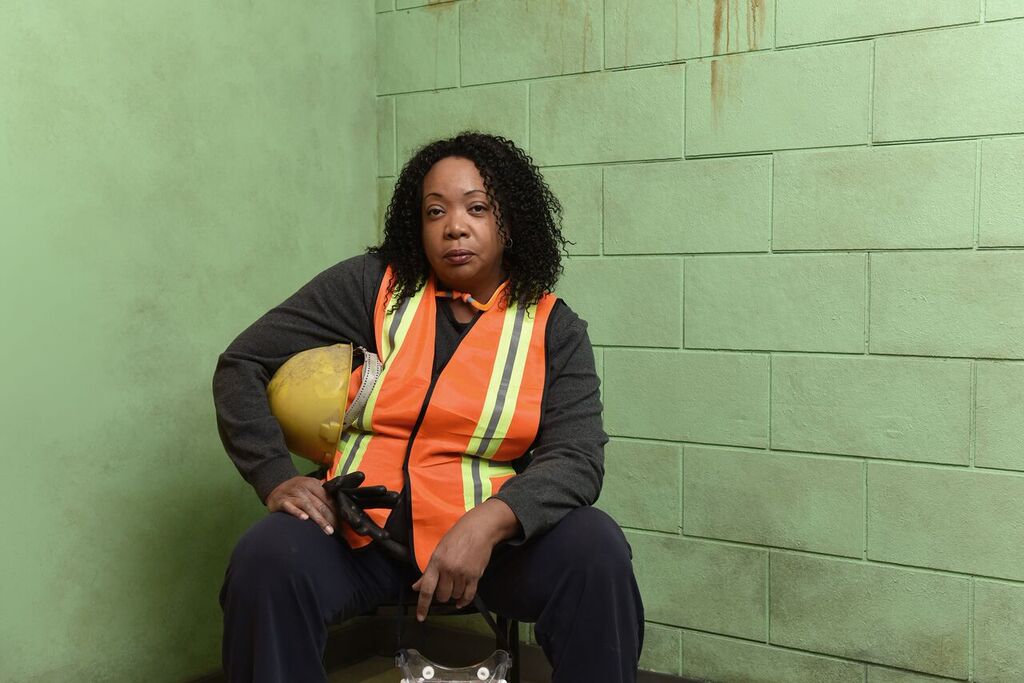 Skeleton Crew, the final play in Dominique Morisseau’s Detroit trilogy, just finished its run at Northlight Theatre, directed by Ron OJ Parson. The play is set during the economic crisis of 2008 in the breakroom of one of the last small autoparts plants standing. This is highly skilled work and the men and women who do it are proud, and proudly union. But their jobs and way of life are hanging by a thread. Faye (Jacqueline Williams) has had a thirty-nine year career doing every manner of job in the factory. She’s also union rep as well as unofficial matriarch. Faye mothers her two young coworkers, Dez (Bernard Gilbert) and Shanita (AnJi White) with a mix of deadpan humor and straight talk. Their unit manager, Reggie (Kelvin Roston Jr.) is torn between trying to save his worker’s jobs and trying to prepare them for the inevitable. When factories are closing unions have little leverage and Faye’s lifelong relationship with Reggie complicates her ability to be the best union rep she can as things get more and more desperate. END_OF_DOCUMENT_TOKEN_TO_BE_REPLACED