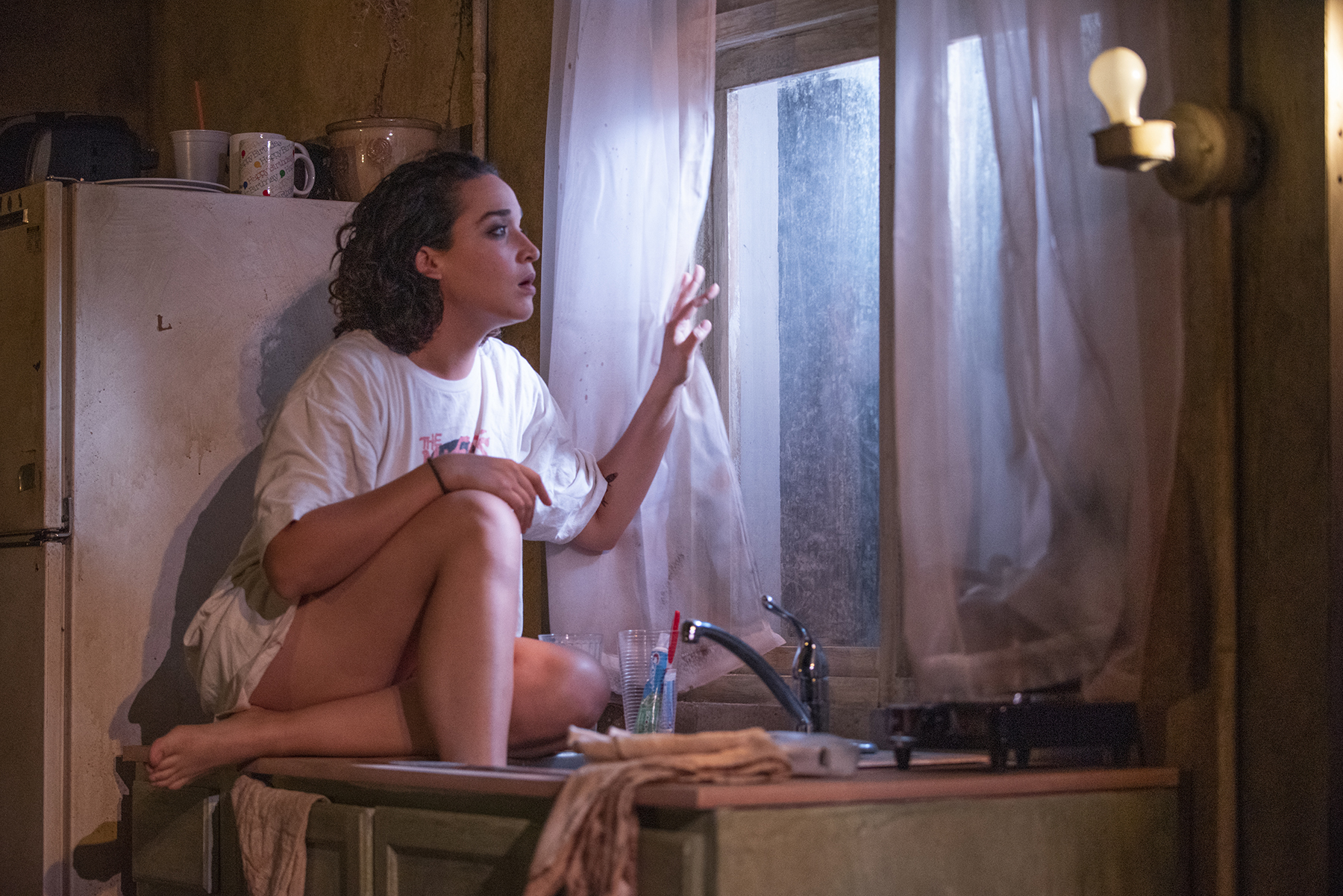 This Wide Night is a play defined by its performers that is unfortunately underserved by its static set. The entirety of the play is staged in a dark and cramped studio apartment, and the sparse slice-of-life set is flattened by confusing design choices. The one-color green backdrop is complicated by missing light shades, white patches, and a blue swivel chair in stark opposition to the lumpy brown pullout sofa. The sea of green washes out moments of dynamic staging. The saving grace of the set design by Sotirios Livaditis is the built-in proscenium that frames the stage to create a “widescreen” aspect ratio, establishing a window for the audience to peer into.

The four magic words that almost every contemporary theatre-goer loves to hear: 90 minutes, no intermission. This Wide Night’s promise of a tight 90 minutes loosened with every scene change. The frequent blackouts, accompanied by a moody and repetitive score, drag down the play’s momentum. Compelling scene work and the undeniable chemistry between Peck and Reiter reignite the driving force, but the play struggles to make up the distance lost by the constant drops into darkness. The chronic pacing issue causes This Wide Night to trek steadily toward an impactful yet underwhelming climax.

This Wide Night runs at Theater Wit until November 13th.