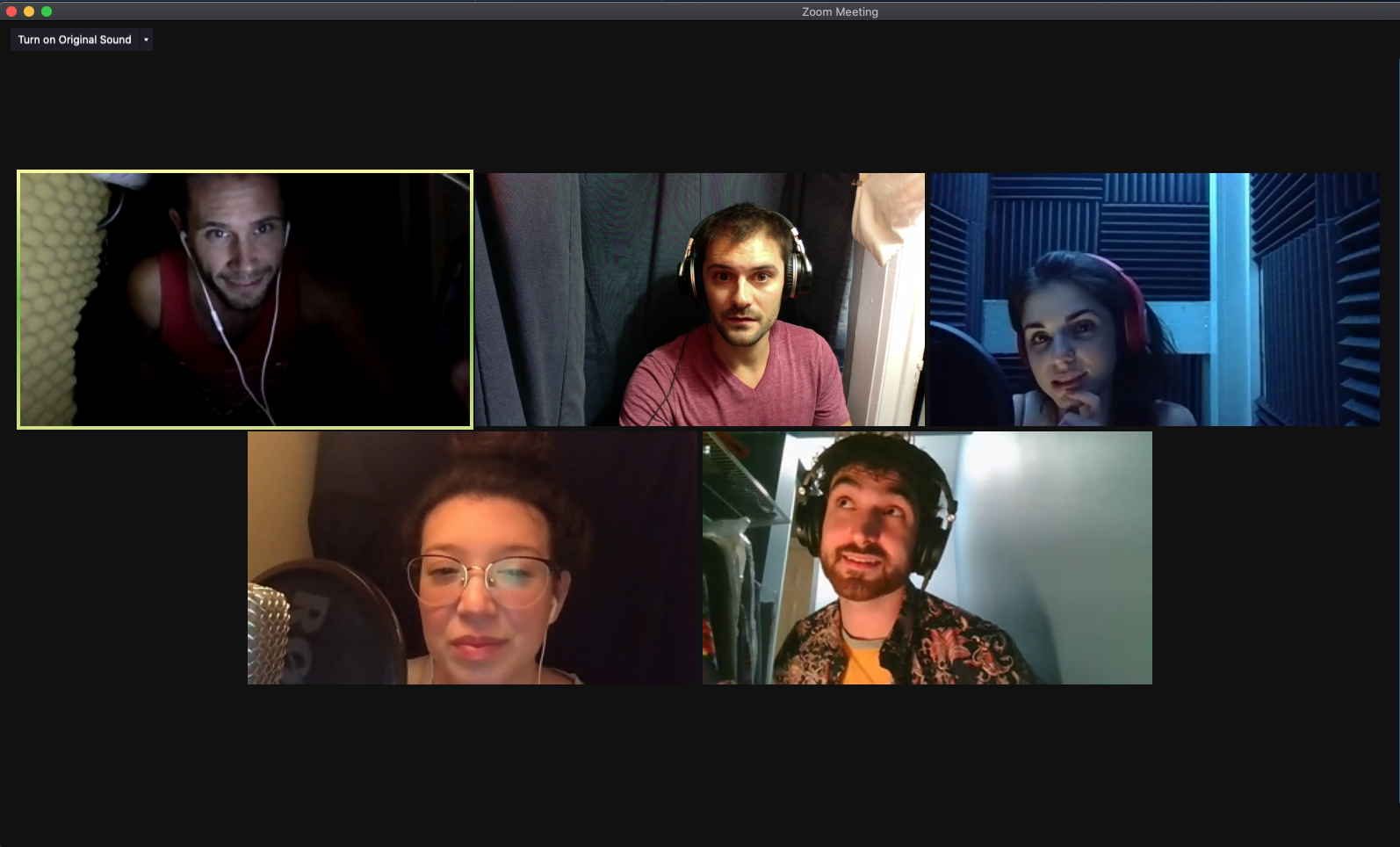 Mack Gordon and Elizabeth McCoy play the featured Wells couple, and the chemistry between the two is clear. When we first meet them, the two are playing a game of sensations under the night sky. “What do you feel?” “What do you smell?” “What do you see?” Not only is this a clever way to engage the senses for listening audiences, but it’s a sensual and loving introduction to our protagonists. The entire cast, each of whom is tasked with multiple characters, cultivate strong and recognizable relationships throughout. This impressive feat is managed by a distanced cast performing from three major North American cities: Chicago, New Orleans, and Vancouver. For the performance I attended, one of the actors from New Orleans performed live during a hurricane via a cellular hotspot.

A War of the Worlds masters tension. Each second is gaining new information and building momentum. The show seems to breathe as the tempo rises and falls. The ensemble serves as accompanying vocals to the original music by Ben Zucker. Voices are cut off, cut through, or layered over. The voice work is timed precisely to correct any lag produced by the virtual production setting. Sound Tech Ross Burlingame blends vocal performance, live foley, and pre-recorded sound for a well-orchestrated aural experience. Zucker’s otherworldly score is the heartbeat of the whole operation. It grounds the production the same way a set would on the stage.

The text itself profits from the time in which it is being presented. 2020 has been a world-altering year and it’s easy to feel like you are living through history, be it the pandemic, growing civil unrest, or the contentious election season. The retrospective approach to the story views the conflict from the present and the future.

I am genuinely surprised that I took so much joy from an apocalyptic narrative right now. The overall experience of being an audience member for live performance was comforting. I miss going to the theatre and Theatre in the Dark has curated a clever substitute. The production logistics encourages all my favorite rituals, starting with a slideshow program that plays on the screen when the house “opens” 15 minutes before curtain. Get a drink. Sit through preshow. Run to the restroom during intermission… I did all that, only the bar was my refrigerator and the seat was my bed.

A War of the Worlds will be performed live online six times per week from October 15 to November 21.