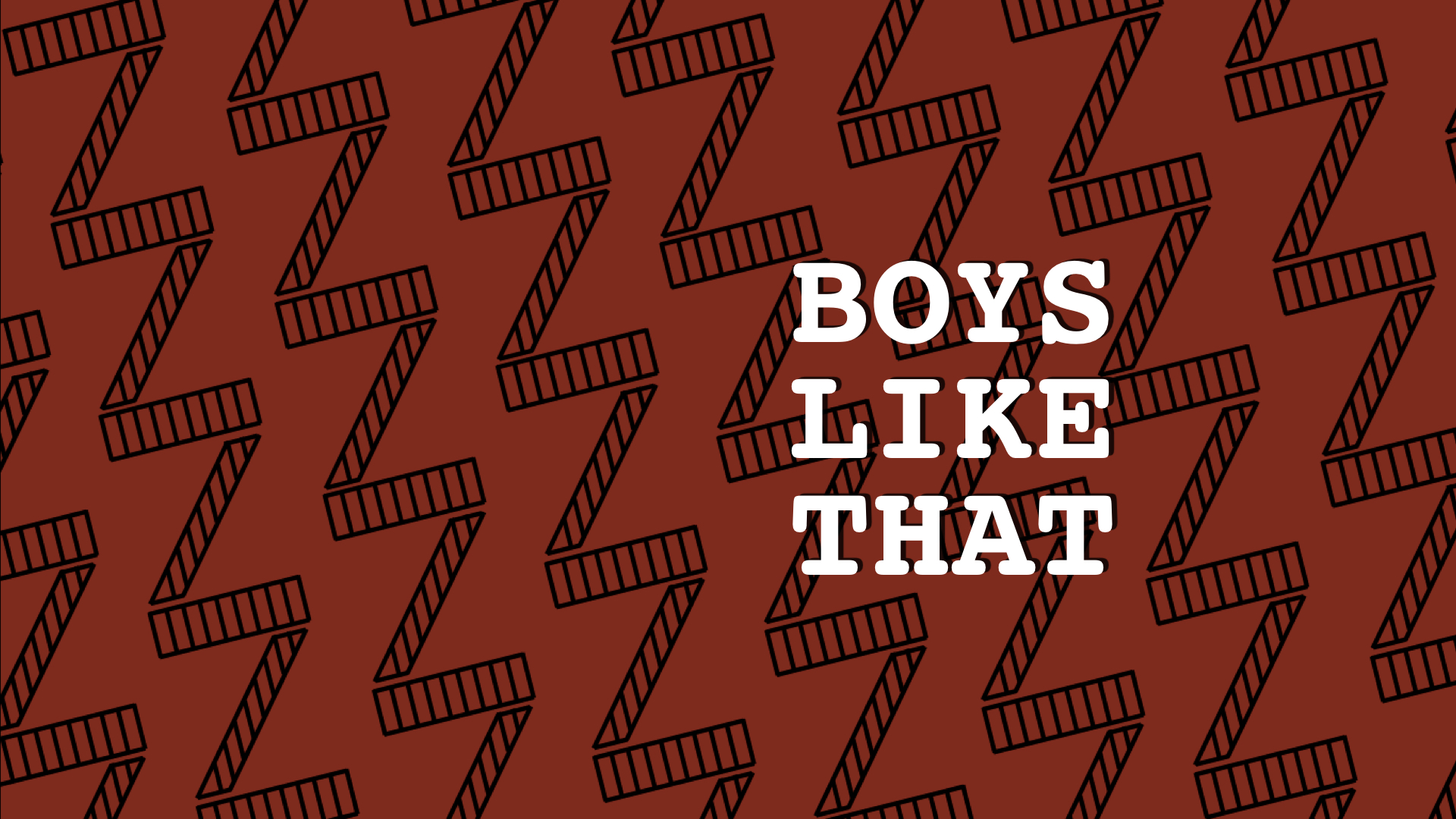 It especially seemed keen on rectifying casting issues of the original highly acclaimed 1961 film. Rita Moreno, who will also play a role in this year’s version, originated the onscreen role of Anita. At the time, Moreno was made to darken her skin to appear more stereotypically Puerto Rican. With the exception of Moreno, most of the actors cast in Puerto Rican roles were white; the most prominent being Natalie Wood as Maria, who would inspire many white women to covet the role for years to come. The 2020 film will also include a new Black character named Abe, played by Curtiss Cook.

Despite the buzz, these West Side Story remakes have many issues to unpack. Their predominantly white male creative teams for one — which, based on reputation, seem to go generally uncriticized. It was birthed from this gaze with music by Leonard Bernstein and lyrics from newcomer at the time, Stephen Sondheim. A book by Arthur Laurents and distinctive choreography from Robbins further support this, along with the show’s inspiration. In 1949, Robbins had a Jewish and Irish-Catholic conflict in mind for the show once known as East Side Story or Gangway. In the mid-1950s when Robbins, Laurents, and Bernstein revisited the project, they read coverage of Los Angeles riots by gangs, which shifted their focus from religion to race.

There have been numerous discussions about the show and film playing into Latinx stereotypes. I’m no expert on the show or its history, but even I’ve noticed plenty of criticism. Whether it’s a show you enjoy or revile, all of this tension came to a head when an unexpected link came to light about these two revivals. Sexual misconduct allegations resurfaced after a casting decision in the Broadway revival — and when shooting wrapped on the Speilberg film, a new claim was introduced.

In July 2019, it was announced that Amar Ramasar would play the supporting role of Bernardo, leader of the Sharks and Maria’s brother, in Hove’s production. In September 2018, Ramasar was fired from the New York City Ballet for sending explicit photos of a female company member without her consent with another dancer, Chase Finlay, who eventually resigned from the company. This incident was sadly one of many instances of harassment toward female company members happening at NYCB. Afterward, Ramasar went on to achieve success with his Broadway debut in Carousel. After union interference and mandatory counseling, Ramasar was reinstated with New York City Ballet. He never publicly apologized, as Diep Tran from Token Theatre Friends notes in this illuminating analysis about race and casting in van Hove’s revival.

Opposite seventeen-year-old Zegler, twenty-six-year-old Ansel Elgort was cast as Tony in Spielberg’s film. Long after filming wrapped on June 19, 2020, a young woman posted to Twitter that she was sexually assaulted by Elgort in 2014, when she herself was seventeen. She recounted details of their relationship including him asking for nude photos and propositioning to have a threesome with one of her friends who was also seventeen. The post included a photo and texts from that time, all which have been deleted. Elgort, who was twenty at the time, stated the relationship was legal and consensual denying the sexual assault claim. Other Twitter users also came forward with similar stories of Elgort asking for photos and meetings with minors.

Upon news of Ramasar’s casting, the backlash was immediate. An online petition created by ballet dancer, Megan Rabin, called for his removal from the production and in-person protests leading up to and on opening night were spearheaded by seventeen-year-old NYC high school student and performer Paige Levy. Regarding Elgort, Twitter users aimed both passionate support and outrage at Elgort, and the woman who spoke out against him.

Shock and anger over the situation were also misguidedly directed at Elgort’s co-star, Zegler. Fans hoped that if she would affirm his character then it would disprove the allegations. She liked a series of tweets supporting the notion that she was under no obligation to defend him. Notably, there is also a line in her bio, “believe survivors always.” Interestingly enough, Zegler indirectly responded to Ramasar’s casting when asked by a fan about van Hove’s vision: “There are worse discrepancies to have with this production beyond what songs are cut or their storytelling.”

In addition to the description of the acts by Ramasar and allegations about Elgort, there were many upsetting factors from these incidents. The fact that there were two commercial productions of the same show associated with sexual harassment allegations is unacceptable. It puts into perspective that despite not getting as much mainstream coverage, #MeToo and #TimesUp are still prescient in the theatre and dance communities as much as in television and film. They’re just not as visible.

News coverage of the incidents also sparked anger. In reviews for the Broadway revival, some summed up the controversy around Ramasar in one sentence while others unpacked the implications of this decision. When it became unavoidable, The New York Times, Vulture, and The Guardian documented the protests. Elgort’s sexual assault allegations were treated like so many others: briefly acknowledged, but then buried in a pile of fluff pieces building up hype for the celebrity’s next project. With this news having broken back in June, will it even be present in critics’ minds when reviewing Elgort’s performance? Or like Ramasar, will his art absolve his character?

The response from these respective productions also sets a troubling precedent. Actors Equity Association released a statement on behalf of the Broadway production supporting Ramasar’s casting since “the alleged incident took place in a different workplace.” Producer Scott Rudin responded, “Am I supposed to replace him in the show? I’m not gonna do that.” They even doubled down by changing the cast’s bows from singular to group when notable boos could be heard during curtain call for Ramasar. Comic Book Resources (aka CBR) questioned whether Disney would replace Elgort in the film, given their young audience. As of now, months later, there’s been no public acknowledgement by Spielberg or any of Disney’s representatives of the allegations, or how they might affect its release.

If all this isn’t enough, West Side Story includes a scene of a rape attempt. Anita, a proxy for the Nurse in Romeo and Juliet, goes to find Tony to deliver a message of where to meet Maria. Unable to locate him, she comes upon the Jets who harass and attempt to rape her. As revenge, she switches her message to hurt Tony by claiming Maria is dead. Book writer Laurents has boldly stated that the scene was “an improvement on Shakespeare.” There’s a lot to discern from such a proclamation, especially when an attempted sexual assault is crucial to advancing a show’s plot.

Van Hove has a reputation for graphic representations of sexual violence. In this adaptation, he chose to stage Anita’s rape explicitly onstage with a camera zoomed in on the face of Yesenia Ayala, who plays Anita, as her reaction is projected. Daniel Pollack-Pelzner from The Atlantic notes, “…The inclusion of the scene—as well as Ramasar’s presence in the cast—sends a message that women’s bodies are collateral damage in male artistic success.” The phrase “art imitates life” comes to mind and in this instance hits too close to home. In staging sexual assault, it’s imperative to address the imbalance of power across gender and race within our industry and beyond. These issues being linked, not separate, require dialogue but also corrective action to ensure a safe and equitable workplace — especially in these matters. It’ll be interesting to see what direction Spielberg takes in the upcoming adaptation with this particular scene.

While the pandemic caused van Hove’s production to close early and slightly altered Disney’s film release plans, it’s vital in this period of pause to examine the familiarity of the issues in these productions. While legally there may not have been cause to dismiss Ramasar or Elgort from these projects, it still speaks volumes of how much they were protected in the process. It says a lot that the public was more outraged over van Hove’s modern-day changes to West Side Story than they were about an actor who could influence the safety of a work environment around young women. The lack of skepticism about pairing twenty-six-year-old Elgort with seventeen-year-old Zegler makes it evident that casting older male actors opposite young female actors as romantic leads has been normalized. As Beatrine Shahzad from Discussing Film addresses, “…There is still a power imbalance between a teenager and someone in their twenties.”

In recent months, there have been many discussions in the theatre community of the work we want to come back to. While I tend to be on the side of optimism, I wonder how much will change. Once Broadway reopens, will there be a massive shift in the works we see, or will someone somewhere always be clamoring to revive a “classic” musical like West Side Story, regardless of social and political relevance? It feels unavoidable. And how in good conscience can we portray violence against women when it’s being swept under the rug for a fellow cast member? Intimacy choreographers have been a great addition, but the exploitation of sexual assault and violence against women continues. According to Carina del Valle Schorske in The New York Times, “Mr. van Hove may have “no iconic relationship” to “West Side Story,” so he may not feel the oppressive repetitions of the history of violence against brown women bearing down on his body. But for many of us, it’s the umpteenth time we’ve seen Anita assaulted for dramatic effect, each time under the guise of greater authenticity.” There needs to be more effort from white artists when staging violence against women of color, as such violence has become so prominent in our daily lives.

While incredibly painful to sort through, it’s essential the events surrounding these West Side Story incarnations are not forgotten. Across theatre and film, we continue to prop up troublesome narratives instead of implementing feasible solutions. We protect the accused instead of those willing to risk everything by voicing their truths. We show diversity on stage and screen but continue to be gatekeepers behind the scenes, hoping the work will be good enough to distract from the damage. We cut songs instead of actors. We change bows instead of actors. We switch blame instead of actors. There’s so much dancing around it makes it hard to see where we’re going. It’s impossible to predict what the arts will look like on the other side, but it would be wise to consider what, and whose, art is worth doing. Is our work worthwhile if it comes at the cost of silencing those who need to be heard most?