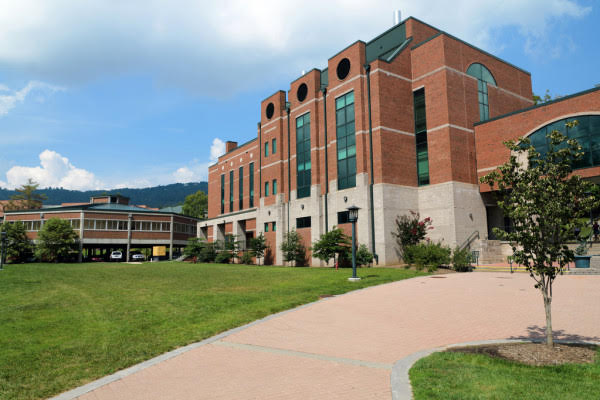 University art and theatre programs at predominantly white institutions often claim to be safe havens of artistic acceptance. Clouded by claims of ‘diversity’ and acceptance, many BFA arts programs and conservatories see themselves as exempt from racist practices and behavior. In reality, white supremacy is just as integral to the fabric of these programs as productions of Hamlet. Student artists are resisting their institutions and using their unique gifts to pave the way towards a more just arts education. Black students, Indigenous students, and students of color who have been harmed by this racist “BFA culture” are collaborating, taking action, and demanding change.

In addition to the pervasive whiteness and financial oppression often present within the superstructure of any predominantly white university, many experiences of racism and anti-Blackness are specific to drama school, ranging from unforgiving work schedules to classrooms that both inflict and exploit the students’ emotional trauma. As a white graduate of Boston University’s School of Theatre (BU), I witnessed and was complicit in this racist culture. To date, BU’s School of Theatre only has one full-time faculty member of color, and shows are often cast by tokenizing students of color, or casting white students in roles written for people of color. BU has a guaranteed casting policy which requires most students to perform in whatever show they are cast in each quarter, denying students their artistic agency.

These examples just scratch the surface, and are not unique to BU — most predominantly white theatre schools consistently repeat these patterns of racism and abuse. Just last year in Chicago, students at the Chicago College of Performing Arts at Roosevelt University stood up and spoke out against its long history of racial discrimination and sexual harassment (as detailed in Founder Regina Victor’s essay, Abuse is Not Art). Tatiana Isabel Gil, a 2017 graduate of the School of Theatre at Boston University, explains that “the sentiments and treatments from these institutions range from completely erasing us from their spaces, to inflicting literal physical and emotional harm on us. These primarily white institutions are not made for us and certainly do not advocate for our fair treatment, so out of necessity, we must organize outside of the institution to build people power and fight against these huge, greedy educational institutions.”

Along with other students from BU’s School of Theatre, Gil helped to create the School of Theatre (SOT) Anti-Racist Student Initiative, or SARSI for short. What started as a social media discussion quickly grew into an organized student movement, with a 32 page document detailing a list of demands, resources, and plans to dismantle and re-structure the SOT. At Syracuse University’s Department of Drama, a similar journey unfolded.

Courtney Rikki Green, a 2018 BFA Acting graduate from Syracuse, helped to organize an SU Call to Action, citing the long-time apathy and hypocrisy of the white faculty. She stated, “we would try and push against the status quo, and they would treat us like we were just complaining to complain, and not being grateful for the education and training. We are aware of how much money we’re paying, so that’s why we have complaints and you should take them seriously, instead of treating us like kids.”

SU’s Call to Action culminated in a list of demands signed by 685 current and former students, and was shared widely in a social media campaign with the pointed hashtag #TakeTheNoteSU. SU’s call to action utilized Black student’s anonymous anecdotes to encourage the administration to reflect on some of the lived experiences that motivated the group’s demands. These demands contain items both immediate and long term — at SU, there’s a call to abolish the phrase “colorblind casting”. Both SU and BU demand a significant increase in Black, Indigenous, and POC faculty. Administrations at each university have met with organizers and are working to address each letter’s demands, but these productive conversations are only the beginning of the committed and sustained work needed to address such vast institutional harm.

This work extends past faculty and administrators — white students actively benefit from these systems of oppression, and perpetuate harm by remaining silent. Casey Boykins, 2018 SU Grad and an organizer of SU’s Call to Action, notes that if her white peers had “been willing to risk telling the administration, “We don’t like the way that you cast this,” or “we don’t like who’s directing this show,” you have to be willing to risk things not going exactly your way in order to help one another. So if they had used their voices alongside ours, it would have been so much more impactful and they would have had to listen sooner.” Through collectively challenging and resisting these administrations, student artists are empowered to support each other and wield change through solidarity.

With the new vanguard of online activism, students are more empowered than ever to collaborate with each other across different class years and cities, and stand up to their institutions as a united front. By amplifying these uprisings on social media, there are also connections to be made between students with similar experiences at many different universities (See this article by Ciara Diane with over 13 call-to-actions from more US drama schools). These student movements have also been galvanized by anti-racist movements within the larger theatre community, such as the We See You White American Theatre movement. Willa Eigo, who graduated from BU in 2018 and helps to manage SARSI’s social media, explains that “around the time that SARSI was starting, a lot of other universities were having similar uprisings. Being able to look to their (social media) pages and say, ‘well, what works for them? What are they doing?’” has been a really useful tool for us.”

Another powerful form of solidarity that has grown from these movements is the newfound alliance between current students and alumni. As Green notes, “we already have our own careers now, so we don’t really need the university or faculty as much as we did when we were students, and we have nothing to lose.” Through working together,  alumni are able to advocate for current students and connections are formed across graduation years. Eigo also speaks to this connection, saying, “Even if we all didn’t go to school at the same time or we were all different majors, it created this community that I think many of us as BIPOC alumni ourselves didn’t necessarily have when we were at school there.”

As a member of SARSI, I’ve seen it transform into a place for these growing connections to be forged and fostered. The group is currently working towards building a mutual aid network, and is planning for an upcoming conference made to connect students doing antiracist work from different schools nationwide. As Gil states, part of SARSI’s mission is to “facilitate these learning and collaboration spaces with the aim of building communities across universities so that folks can have space to connect, listen to each other, and support each other not only in strengthening and building their own movements, but also then walking through the world as professionals with this huge network of anti-racist artist warriors at their back.”

The skills that so many young artists innately possess—collaboration, critical engagement, and imaginative world-building — naturally support an expansive and inclusive anti-racist vision.  If the goal of drama school is to train active and informed citizen artists, then these drama programs owe everything to the students of color who, , are paving the way as artists and activists. To rise to the level of the incredible students they seek to educate, drama schools have some serious learning to do.