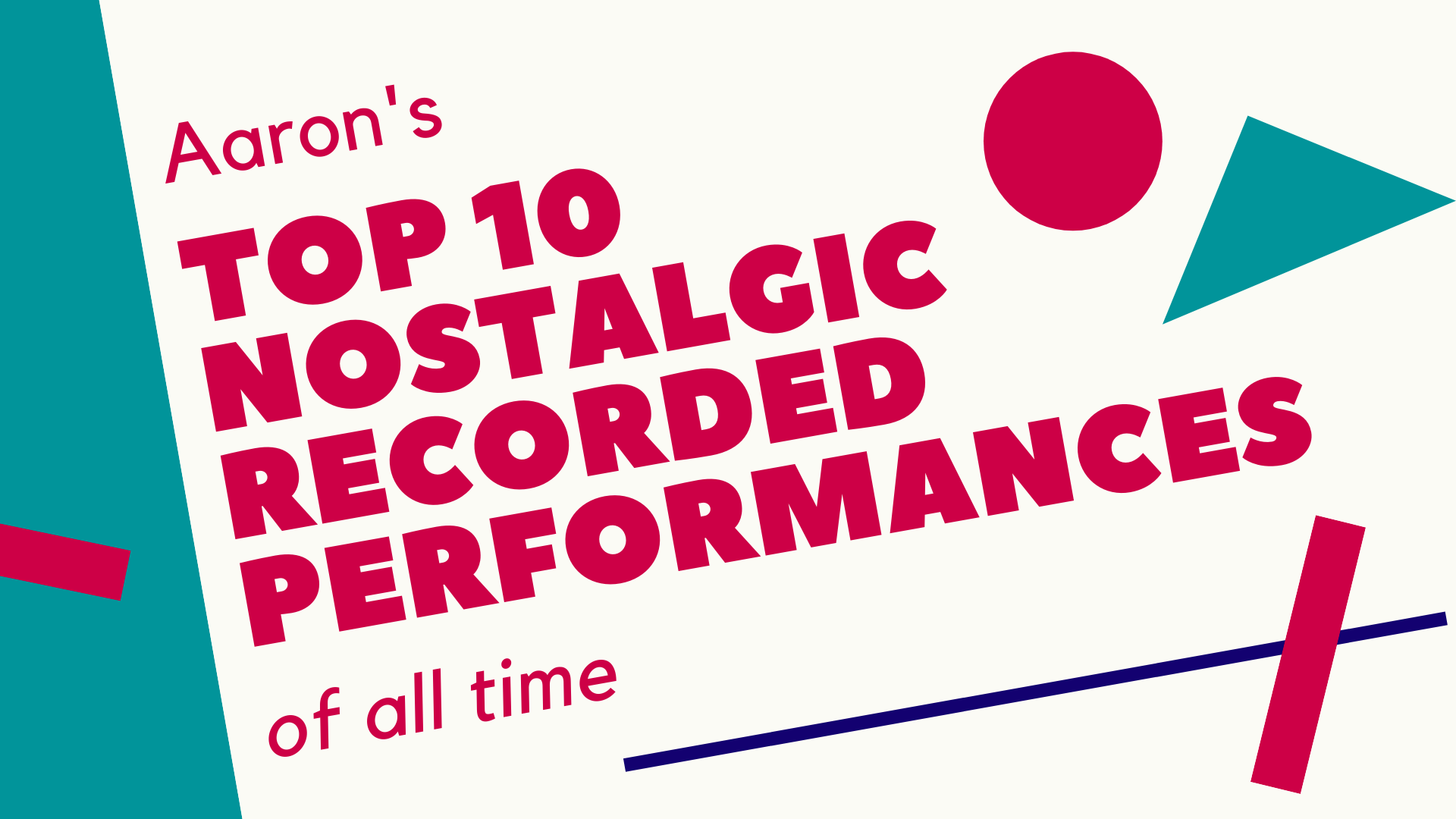 Theatre isn’t dead! And it never will be, as long as I have anything to say about it! It is safe to say, however, that theatre is taking a nap right now, as a result of a little worldwide pandemic you might have heard of. I won’t lie, I miss going to the theatre a great deal — in many ways it’s the last distraction-free form of entertainment there is. The thrill of being in a dark room, forced to turn off your phone and focus completely on a gripping story which unfolds right before your eyes. . . well, there’s nothing quite like it.

Luckily for us, however, there’s never been a better era for being stuck inside with nowhere to go. There is a digital entertainment empire at our fingertips, and I have caught up on many of my favorite old movies and TV shows in the past two months. In fact, there’s so much to stream we even built you a guide of what’s going on online in Chicago. Recently, I’ve found myself craving entertainment that mimics the breathlessness of the theatre-going experience. And so, in the same way I’m returning to movies that have given me a sense of nostalgia in the past, I find myself doing the same with the great recorded theatre performances of my life.

And so! As a fun diversion in these troubled times, here is my official Top 10 nostalgia-inducing recorded performances of all time. I’ve been drawing solace from these old bits of theatre, and I hope you will too. We’ll be dropping one item on the list every other day until we get to #1.

Spies Are Forever is a musical written and produced by the three-person sketch comedy group, Tin Can Brothers. It takes place in 1960-something and is a parody of the spy movie genre, following the adventures of American Secret Service agent Curt Mega, as he attempts to foil an evil Nazi plot to take over the world.

I have very mixed feelings about this musical, but I still find it bizarrely comforting to watch. It’s a deconstruction of the spy genre’s view of masculinity and gender roles — but there are moments when it seems strangely unaware of what it’s trying to say. For instance, Curt is very much set up as a recovering alcoholic running from his past, but then (mild spoiler) his entire ragtag spy team has a whole song in Act Two where they get hammered right before a dangerous mission with zero consequences. Philosophically, you kind of have to go into Spies Are Forever with the understanding that, while its ideas are revolutionary, the execution of most of them feels a little half-baked.

The quality of the songs ranges from decent to positively iconic, with the rip-roaring opening number being my favorite. The characters are simultaneously over-the-top, lovable, and relatable. I adore the minimalist approach to the staging (a stark contrast to the expensive, flashy bombast of real spy movies), and while there are some pacing problems, the material is so ambitious that I can’t help but cut Spies some slack. Without spoilers, I’ll say that there’s a delightfully gay twist in Act Two that made my shriveled heart grow three sizes on my first watch.

At its core, this musical is about a man caught between the future and the past. Curt desperately needs society’s views to progress in order to self-actualize, but he takes so much comfort in the nostalgic trappings of the spy genre that he himself becomes trapped. It’s a fascinating take on the dangers of nostalgia, and I find it very relevant. I’ll refrain from getting political with this, but I will ask: why do you think that, in the midst of worldwide panic, we take so much comfort in the entertainment of our past?

In case you’re unaware, Crazy For You is something of a remake. Basically, in the early 90’s, somebody took a look at an old Gershwin musical from the 30’s, said “Let’s update this so it has the pacing of a modern musical comedy while still imitating the Golden Age style, shove even more Gershwin songs into it, and make it as commercially viable as possible!” As a result, this show is the blandest comedy to ever hit the Broadway stage, and I absolutely love it. The original Broadway production starred Harry Groener (who I know from playing the evil Mayor Wilkins on Buffy the Vampire Slayer) and Jodi Benson, better known as the Little Mermaid in The Little Mermaid.

The version I’ve linked above, however, seems to have been filmed several years later at the Paper Mills Playhouse in New Jersey. I love its faded, VHS-like quality; I love the tacky sets and slick, energetic tap dancing. I don’t so much love the plot; I think it’s a tad basic and misogynist. However, this show has never tried to be anything more than a fun, dumb whale of a time, and I can respect that. The actors are all delightful and have electric chemistry and comedic timing.

At the age of 16, I played an ensemble cowboy in a production of Crazy For You at a summer stock theatre in southern Maine, as part of the strangest internship I’ve ever had. I got paid almost nothing, and shared a tiny dressing room with professional New York actors in their 20’s, a practice which seems inappropriate in retrospect. But regardless, it still stands out as one of my fondest teenage memories — it was all the breathless excitement of a high school show, but with a veneer of respectability slapped on top that no high school could ever replicate. To this day it’s the only tap-heavy show I’ve ever done, and there is a reason for that: I distinctly remember that I was always put in the back of any dancing formation onstage.

I carpooled to rehearsals with a high school friend with whom I remain close to this day. And so watching this old production instantly takes me back to the early days of that friendship, of driving up Route 1 on hot summer nights after an exhausting show and talking about life, the universe, and everything. I am not so foolish as to be particularly nostalgic about my nostalgia: that theatre was a chaotic and awful place to work, even if it had a rustic Maine charm about it. But still, it is nice to be swept into the past sometimes — even the complicated and tangled-up past that is my teenage years.

Check back in on Friday for #8 on the list! I won’t spoil it for you, but I think it’ll be a wicked good time.