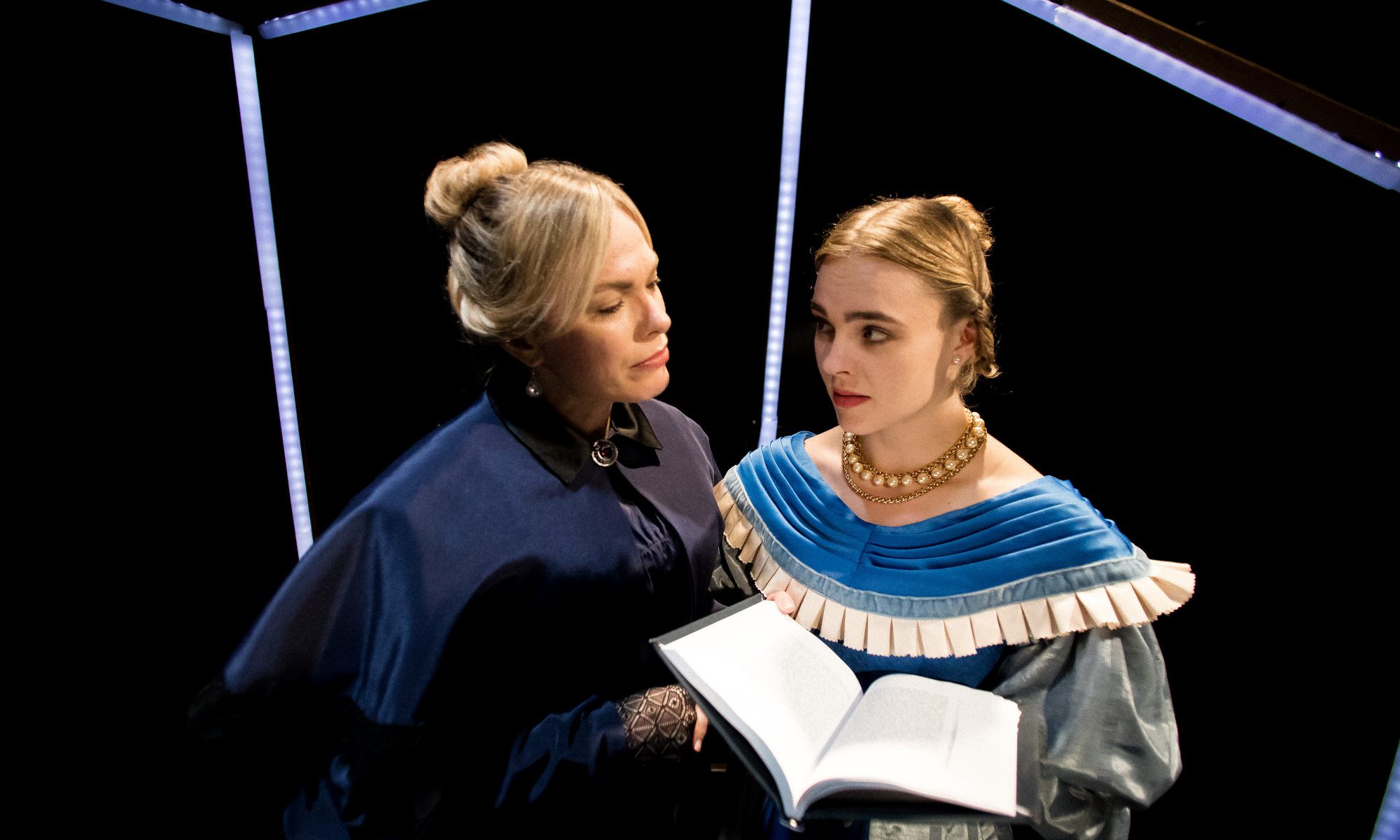 Ada and The Engine by Lauren Gunderson retells the life of feminist hero Ada Lovelace, often called the first computer programmer, as a romance. The play weaves a love story between Lovelace, played by Brooklyn Hébert, and Charles Babbage (Rich Holton) who invented two hypothetical machines capable of taking commands to solve mathematical problems as computers do now. It also explores how Ada may have been haunted by the life her father Lord Byron (John LaFlamboy) lived, especially how his absence and philandering affected her relationship with her mother.

The Artistic Home’s Chicago premiere of Ada and the Engine, directed by Monica Payne, is filled with romantic whimsy in Victorian period drama form. It’s a play full of lingering glances, love triangles, and sweeping gowns. Despite my commitment to making art that gets us further away from colonialism, I love a good emotional period drama. Even more so when the protagonist is a woman of real historical importance like Ada Lovelace. The set, by Eleanor Kahn, is a sculptural and modern-looking cage lined with string lights which adds a sense of magic and intrigue to the period piece. The actors are cleverly blocked to use the cage and its shadows to full advantage as we move through the different parts of Lovelace’s life. Thoughtful costume design, by Zachary Wagner, help transition Ada from youth to adulthood.

Ada and the Engine has many interesting and well-planned parts, but they sometimes work against one another. The text seems interested in bridging the gap between the Industrial Revolution and modern times, especially in its conclusion, but different design elements are anchored either then or now. The blocking is thoughtful and makes the most of the set, but it didn’t always depthen the emotional storytelling of play. And the text itself can feel predictable and disappointing in how and where it focuses on Ada Lovelace’s life.

My biggest issue with Ada and the Engine is that the real focus seems to be her relationships with two more famous men. As an audience we meet Ada as a teenager awed by her proximity to two of England’s “great men”, her father Lord Byron, and Charles Babbage who she’s about to meet. Lovelace, falls in love with Babbage at first sight, despite their twenty year age difference, and never leaves her state of initial awe and infatuation. Even in the face of her marriage to another man and a serious conflict, their relationship stays exactly the same. This mirrors her focus on her Father, who she never personally knew, and was a great source of shame and scandal for her and her family.

The real Ada Lovelace did choose to be buried next to Lord Byron, and keep up a years long friendship and correspondence with Charles Babbage. She probably had interesting reasons for doing both of those things despite the social risk she took in doing both. I’m disappointed by the disinterest Ada and the Engine shows for Ada Lovelace’s actual thoughts, ideas, and feelings. Lovelace is remembered not just as the first person to write something resembling a computer program, but as the first person to look past the computational applications of a computer-like machine, to applications involving art and culture. The play treats her mathematical abilities and philosophical ideas like minor points in a love triangle. This made the play feel flat to me, and left little room for her character’s development. There was a stagnancy to Ada and the Engine that left me wanting more as an audience member, but also felt like a disservice to Ada Lovelace as a unique and thought-provoking historical figure.