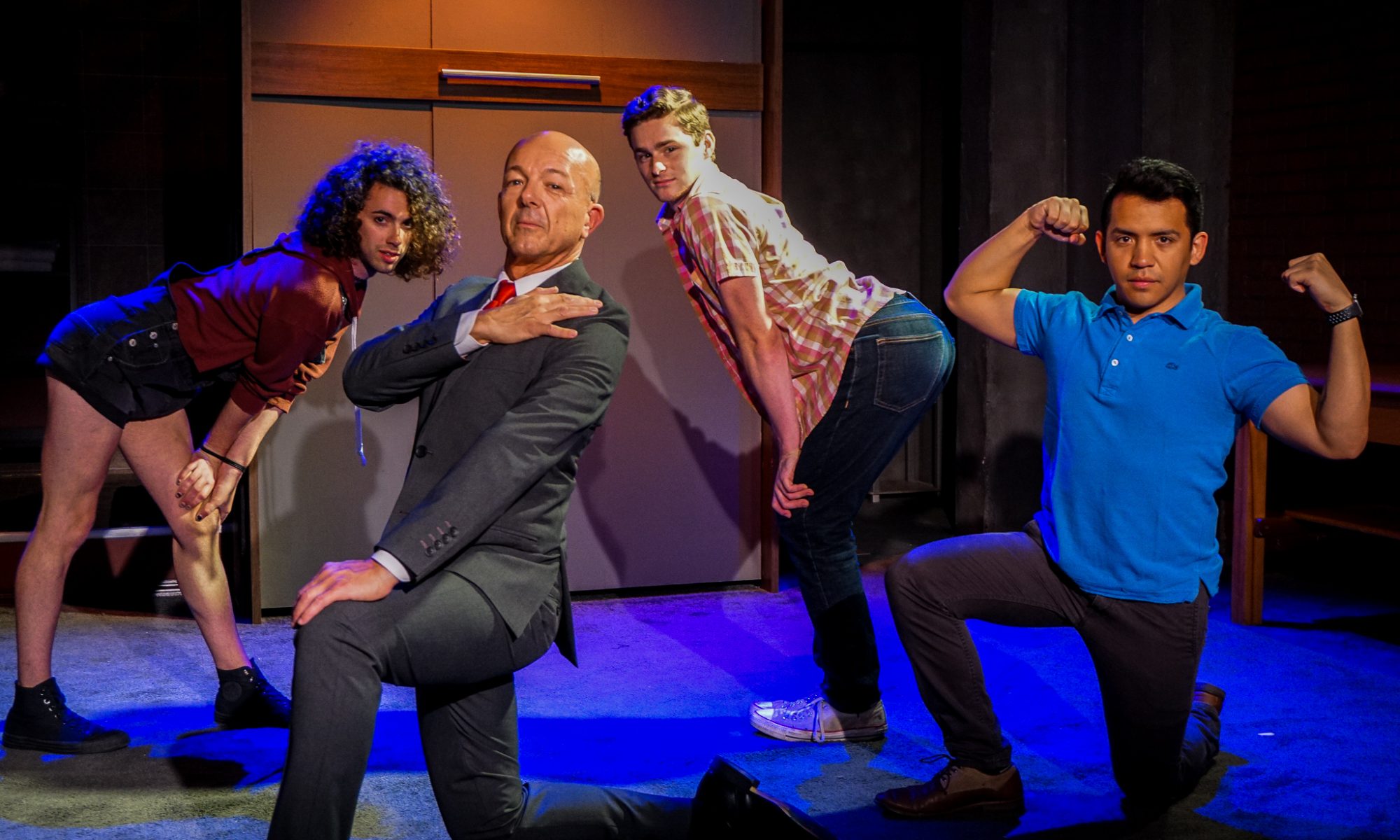 Luxuriously outfitted with delightful costumes by Shawn Quinlan, GRINDR THE OPERA at Pride Films and Plays follows the trials and tribulations of four gay men looking for love and/or no strings attached sex on the web. Their search invokes the siren Grindr, who guides the men through their journey of lust. A regal Bruno Rivera plays the goddess Grindr, narrating the tale through countless costume changes and wondrously soaring arias, with the help of her dazzling sidekicks Occulto (Andrew Flynn) and Dilectus (Brandon Krisko).

The rowdy story revolves around Devon, a naive and hopeless romantic plagued with social anxiety, and Tom, a confident and experienced lover. Played by Justin Cavazos and Ben Broughton respectively, these two bring professional singing chops to the cast, executing several gorgeous duets. Both are immensely watchable and engaging as they go through the stages of meet-cute, monogamy, and the inevitable first big fight. Can true love really spring from a one-night stand?

Not for pearl-clutchers, this show is packed with raucously dirty songs, like “Going on a manhunt.net” and the cheekily explicit “I wanna be your c*m-dumpster” which features a killer dance number complete with tumbling, led by actor Evan Wilhelm. Wilhelm plays Jack, the “twink” who is always ready for a good time, and is one of the highlights of the show, leaving the stage sparkling with energy and sassy jokes with every appearance.

However, the show is not all sequins and dick jokes; the story delves into many heavy issues facing the gay community with nuance, including STD’s and abuse. Apps like Grindr served as a revolution for more safely connecting LGBT folx who run serious risks when making a romantic overture publicly in a hetero-dominated society, where a homophobic recipient might react with anger or worse. Grindr the Opera examines another revolution; redefining the once immovable parameters of sex and love. It deftly examines the toxicity surrounding the expectations of monogamy of ownership and possession, and the addictive and sometimes destructive pull of the instant gratification of the hookup lifestyle.

A storyline involving Don, a troubled, closeted daddy, played by John Cardone is particularly powerful and layered, bridging the gap between a hopefully byegone era, and the relative freedom that the younger generation enjoys through the power of technology. Cardone does double-duty, serving as both an actor and the director, which may have cost the production a level of polish.

Although some of the jokes get garbled and are hard to make out on occasion, overall, the performances are fun and engaging and smartly staged on such a small stage. The cast is having a ball, and that energy spills into the audience as the story weaves through several twists, turns, and more than a few surprises. The play flies by in a tight 90 minutes, making GRINDR THE OPERA a wonderful way to celebrate Pride month in Chicago.

GRINDR The Opera runs until July 28th at Pride Films and Plays.