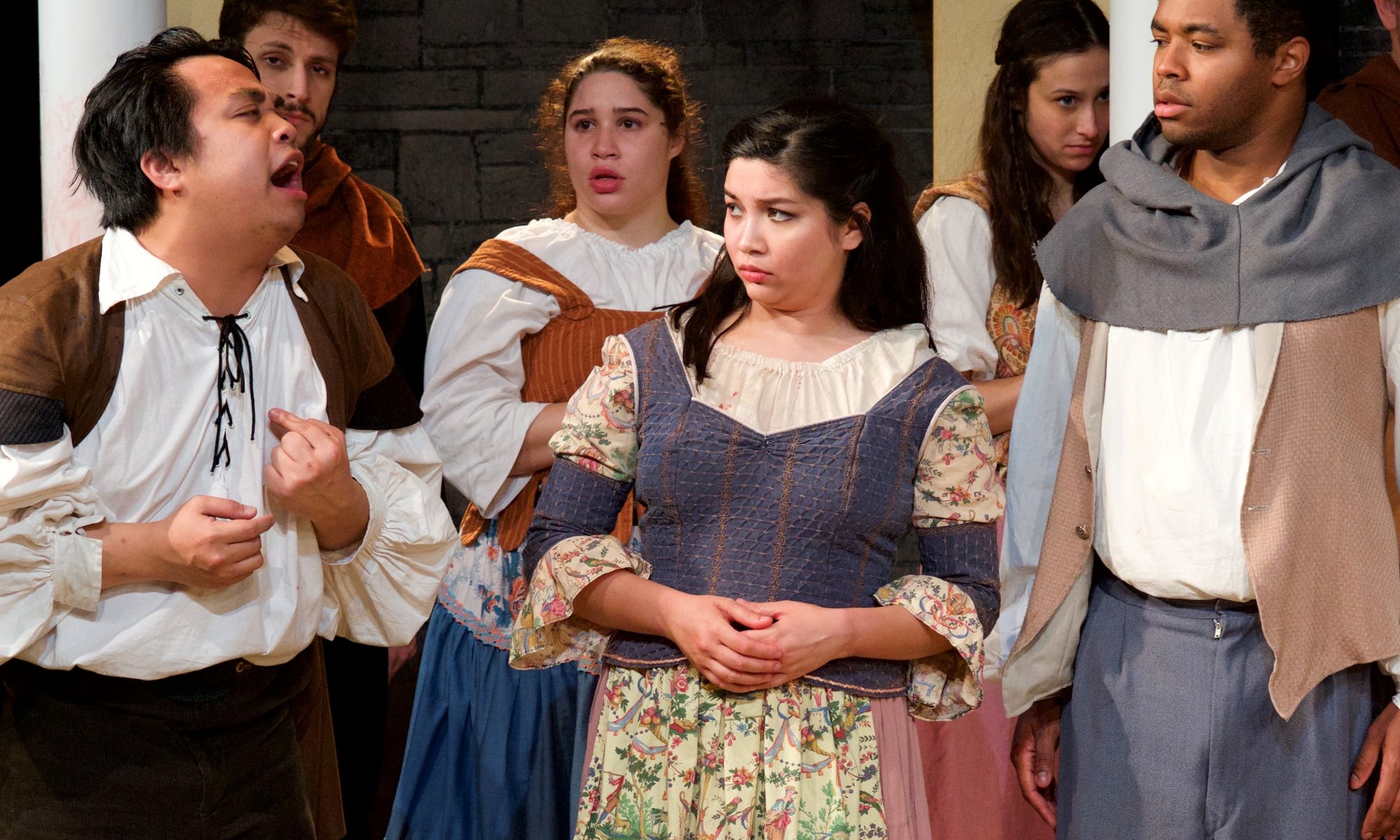 Let me start off by saying how happy I am that City Lit Theatre is doing Fuente Ovejuna by Lope de Vega. I love this script, I’ve always loved this script, and all of me wishes that it was done more. A huge booming “THANK YOU” to City Lit and director Terry McCabe for taking on their own adaptation of a painfully underproduced classic. From Spain’s golden age of drama, Fuente Ovejuna is Lope de Vega’s best-known work. A village revolts against a predatory authoritarian who uses his military and religious “power” to justify and prey upon the women of the rural town. The revolutionaries in this story are the women, which is particularly refreshing once you remember that the script was first published in 1619. This play has everything: love, war, drama, humor, history, and relevance.

At its core, this play is about community, in fact, the title of the play is the name of the town. The relationships among the villagers are deeply woven and I truly see the entire town as one. There is a joy that comes easily to the townsfolk which instantly becomes horror once the Commander (Varris Holmes) enters their wholesome space. Performers like Rob Grabowski and Val Gerard Garcia, Jr. help to instill that joy with their comedic presence. Kristen Alesia, Carlyle DePriest, and Carolyn Plurad execute the responsibility as the women in this town with calculated strength.

Jeremy Hollis’ set further promotes this communal spirit in its function as the town square, the center of which is a working fountain. This is on the nose seeing as Fuente means fountain, yet I loved it! The fountain, however, only runs before the performance begins. Why invest in a working feature and only use it once before anything has happened? The rest of the set is utilized entirely, and creative blocking transforms a stationary set into multiple locations. Eric Watkins’ lighting aids in these transformations, a warm city square suddenly becomes a darkened dungeon. Costuming by Beth Laske-Miller does a great deal to identify the citizens of Fuente Ovejuna from the Order of Calatrava.

Terry McCabe and City Lit’s admiration for this script is clear. It shows in the choices made with cuts, design decisions that promote community, and the musical moments that shake the columns. Something, however, is missing. There is a deeper layer to the script that is left untapped. Where the humor rises, the danger falls short. At a crucial point in the play, Frondoso (Brian Bradford) holds a cross-bow to the Commander and this moment just passes by as it does not hold the appropriate amount of tension. This is just one example of several lack-luster moments that leave me going “huh, Okay.”  This production of Fuente Ovejuna is like watching a tightrope act that’s only inches from the ground, still impressive but missing the thrill.

Audiences want Fuente Ovejuna. City Lit’s program has quite a lot of information about the play, playwright, and town. This is true for most programs, but I have never seen such a large portion of an audience read and discuss that information before a play. All around me I hear audience members trying to learn more about a script that they know is important but don’t have the same societal training that they do with other classic works. Fuente Ovejuna is not considered canon by many Western educational institutions, but it should be. City Lit should be congratulated for adapting a wonderful script where so much can be lost in translation from the original Spanish. It is the role of the production to compensate for what is lost in the language and the only way to master that effort is to produce it more.