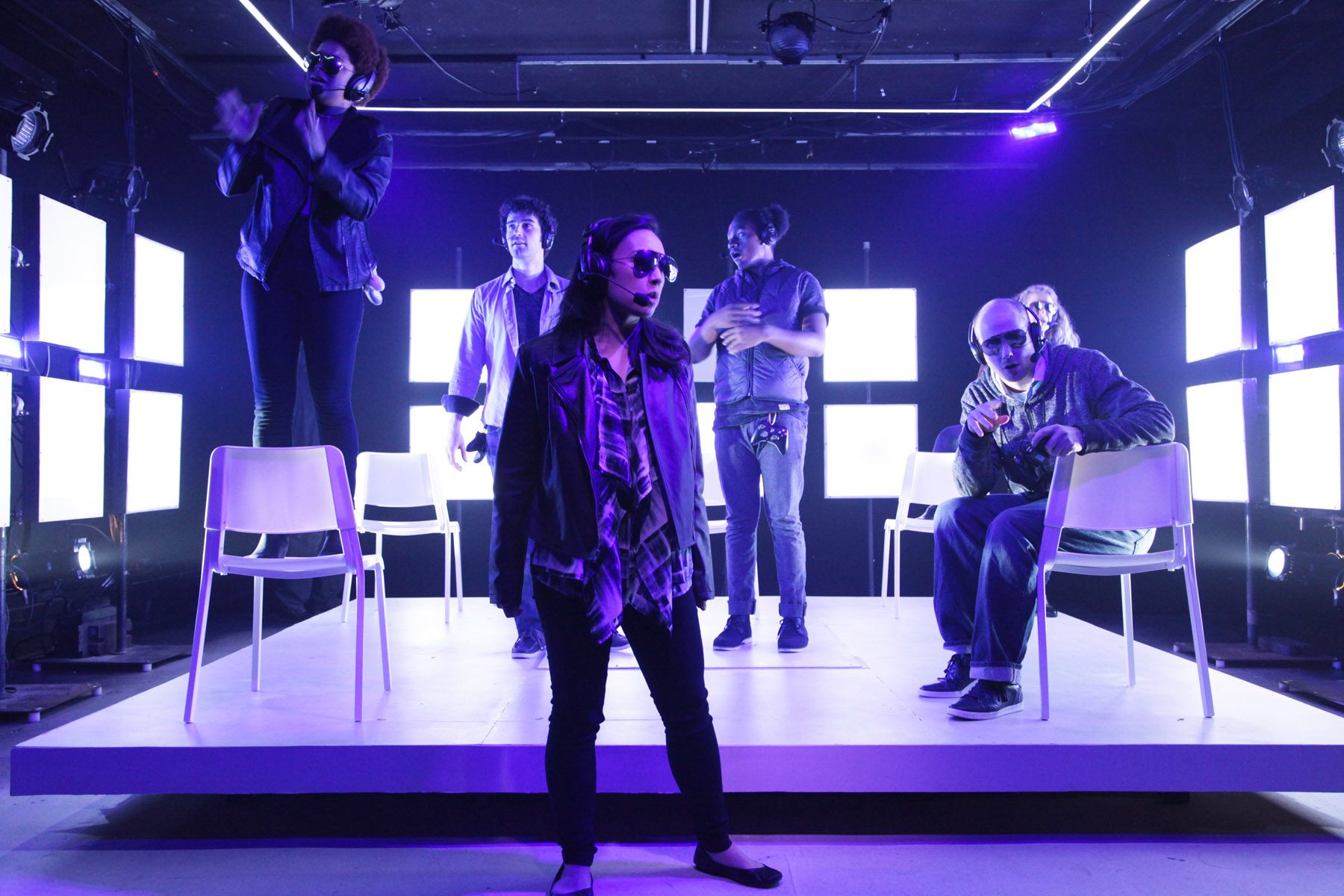 This review was penned by one of our current writers in The Key: Young Critics Mentorship Program. They are able to sign up for additional shows to grow their criticism portfolio with us. Read The Key Reviews from Fall 2018 here.

Upon reading the synopsis, many would wonder if Fun Harmless Warmachine is the play we need right now. It’s the tale of the supposed “nice guy,” a gamer working a job he hates in a world where the words of women leave him baffled and angry. With this formula in mind, it is not too hard to believe Tom gets sucked into a toxic online community, known as the Order of the Sword, which first functions as a digital place of refuge, a place to confide in like-minded gamers. This story is based on #Gamergate, a notable controversy you should look up before the show—though the program offers a list of videogame definitions to fill in some of the blanks.

This is a bold choice to open The New Colony season, both written and executed by new co-artistic director Fin Coe. Directed by James Fleming, it’s his first full-length play to be produced, and the script is stellar. Billed as “a cautionary tale,” I wondered how much more society needs to be warned off the alt-right and rampant misogyny—especially at the expense of women.

Here, we see three women harmed in completely different ways. (This is not counting the thousands harassed and targeted by the minions of the Order of the Sword.) Depicted are Tom’s mother (Laura Sturm), ex-coworker (Emily Marso), and girlfriend (Ayanna Bria Bakari). As a woman who currently lives and survives in a world of Toms, it was so hard to witness him travel a road of harm without realizing the consequences of his actions. Not because I felt bad for him, but because of the amount of women harmed along the way. Why must women constantly suffer for men to realize we’re people too?

When looking to the optics of the production,  the set makes for a cinematic experience, as pillars of light boxes frame the square, platformed floor—a great collaboration between scenic designer Sotirios Livaditis and lighting designer Claire Chrzan. When immersed in video-gaming, the platform is set with chairs facing the audience. Though movement off the platform is a little less secure, the physicality during these sequences of gaming is compelling and comical, a testament to director James Fleming’s ability to smartly fill space.

Ultimately, we are not meant to empathize with Tom (Daniel Chenard) despite being immersed in his meandering mind and the perspectives of events he—and the audience—experience. Rather, we witness the effect of his actions on the people he calls family and friends. We are not asked to forgive him. We are instead called to leave behind the Toms that bring toxicity to our own lives.