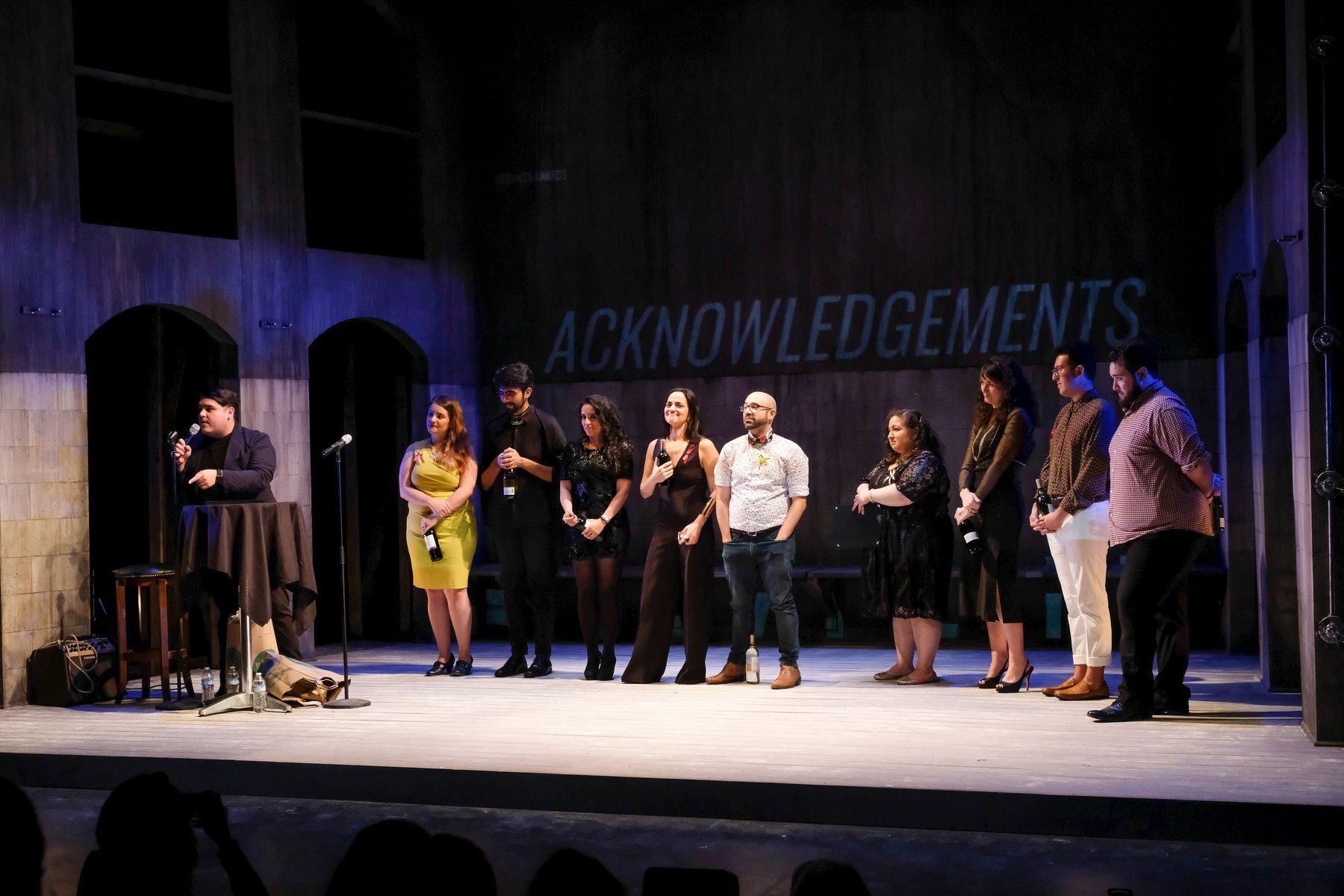 ALTA – the Alliance of Latinx Theatre Artists in Chicago hosted its first ever Awards Show last Monday evening. ALTA is a crucial, “service organization dedicated to furthering the Chicago Latinx Theater movement by promoting, educating, representing, and unifying Latinx identified artist and their allies.” All of the love inside that fully packed house at Victory Gardens Theater was proof of just that. So much love that everyone clapped for every single nominee when their name was read as well as the winner, for each category.

Last Monday evening was vital not just for the Latinx theatre community but for the Chicago theatre community as a whole. To Debbie Baños, the ALTAs, “mean a lot more people are going to get recognition for work they have been doing all along. If no one else is going acknowledge us, we have to do it ourselves.”

The ALTA Awards wasn’t just an evening of celebration for the Latinx identifying theatre artists, it was also a call to action for the rest of the Chicago theatre community. Compared to other major theatre award shows in Chicago, how often do we see the multitude of talent and disciplines represented? The work that was celebrated last Monday is important particularly in an Anglo dominated industry. This work celebrated at the ALTAs had been long overlooked by other major theatre awards (ie. The Jeff’s). The ALTAs highlight Latinx artists and their work in ways that other major theatre awards just can’t. Who can better highlight our community than ourselves? As my Mamá (grandmother) says, if you want something done right, do it yourself.

The ALTA Awards are an evening curated by Latinx artists for Latinx artists. The Co-Creative Directors of ALTA, Isaac Gómez and Nancy García Loza outlined their intentions for the event: “We wanted to uplift those our community has deemed outstanding, and to celebrate LatinXellence in a way that has yet to be seen in other large annual awards institutions. ALTA members, not a committee or panel of judges, submitted nominations and votes, and the results of that tally will be revealed and celebrated this evening.” To even further level the playing field for potential winners, the tallies were counted by ALTA members and a third party.

It was amazing to see all theatrical disciplines represented, instead of the typical Best Actor/Actress. The ALTAs didn’t conform to the binary, except when there was a tie. Some stand-out categories include Outstanding Art Specialization and the four Legacy Awards which honor four artists, mentors, activists, and advocates who have paved the way: the Luis Alfaro Leadership Award, the Migdalia Cruz Mentorship Award, the Luis Valdez Arts Activism Award, and the María Irene Fornés New Play Award.  See below for categories and winners for the ALTAs.

“For so long, as someone that was born and raised in Chicago, I felt so frustrated and alienated even within Chicago Latino theatre because of the fact I never saw stories represented where I come from, and our communities. So often it was transplant Latinos’ stories and transplant Latinos running the city. Even the Chicago Latino theatre scene. I think one of the things that this marks and what these awards mark is not just the first time that I feel welcomed and even a part of Chicago’s Latino theatre community, but the emergence of a new Chicago Latino company that embraces the breadth of who we are and what we have to offer. And all the different ways that we can make those offerings and all the different types of brown people and Latinos that can belong in that world.”-Ricardo Gamboa

The ALTAs was a giant party for some, and a reunion for others- with complimentary margaritas. Everyone in attendance was literally dressed to the nines. Everyone, and I truly mean everyone, looked straight FIRE on Monday evening. Like better than what we see E! News report on the red carpet kind of fire.

Although the evening was a celebration for how far we have come, we can’t lose sight on what’s happening not just in our city, but in the rest of the world. Especially right now. Kristiana Rae Colón (winner of The María Irene Fornés Legacy New Play Award for “Tilikum”) reminded us to remember where we are, and the work we have to do. “These stories aren’t an end. They are a means. Beyond these stories, we have to work.” Isa Arciniegas (winner of the ALTA for Outstanding Actor in a Principal Role in a Musical for “We’re Gonna Die”) encouraged us in her thank you speech, delivered by Melissa DuPrey, to talk about what’s going on in Venezuela. “Our people are in trouble. We need to help. Use your voice to tell others what is happening in Venezuela.”

The first ALTA Awards was a night to remember. A night to acknowledge mi gente, our work, each other, y la cultura. Hope to see you next year at the ALTAs!

The winners of this year’s  ALTA Awards: