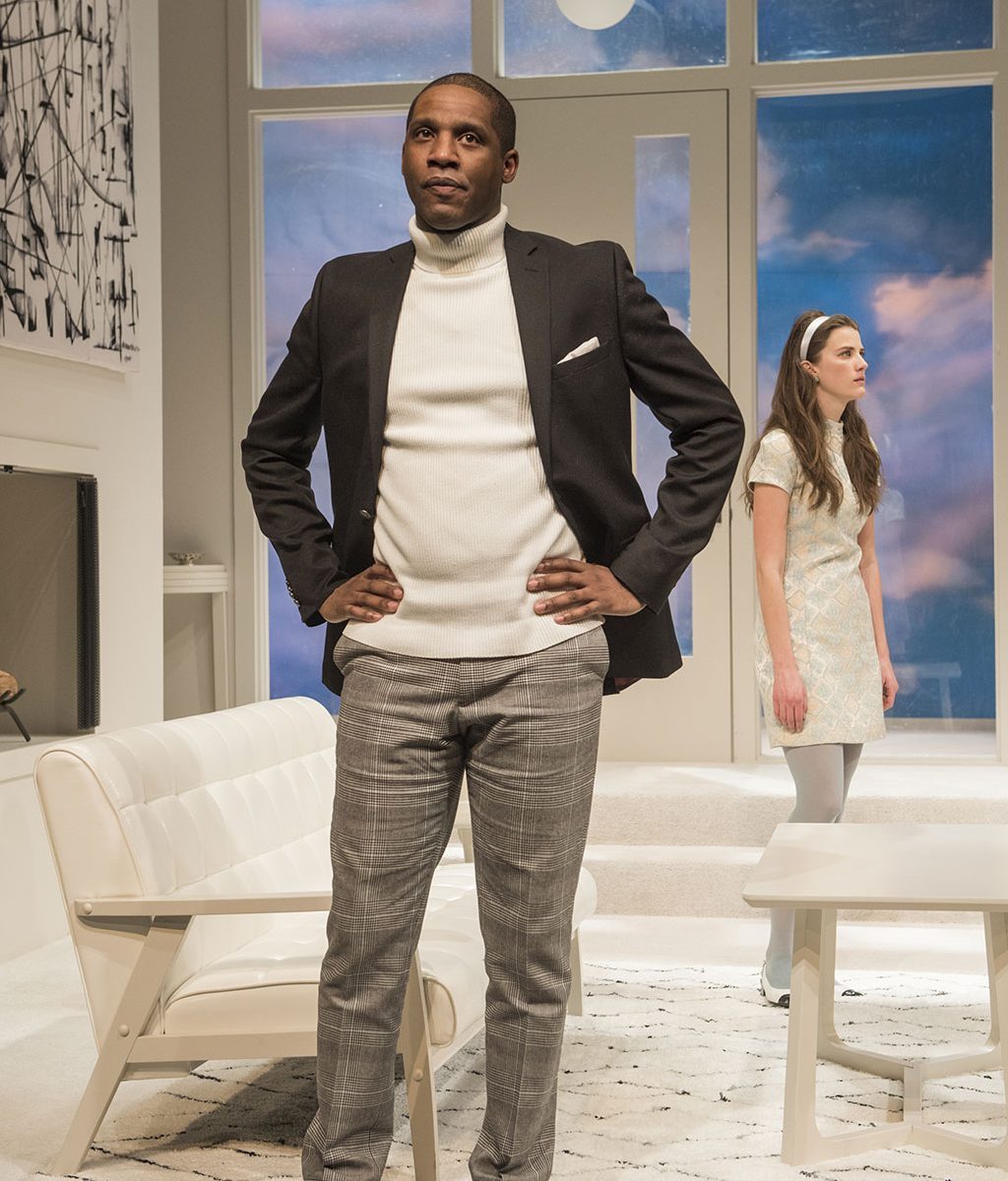 What is wrong with white critics? I really want to know. Have you all lost your mind?? When critic Katy Walsh took a loss and set a dignified example for why the n-word is hurtful, apologized, and extricated herself from criticism to learn, were you listening?

In the space of a singular calendar year, we have had two white Chicago critics use the n-word in a review. Yesterday Justin Hayford put this sentence in a review of Court Theatre’s Guess Who’s Coming to Dinner and legitimately thought it was a good idea: “At worst, it will leave him with a cracked skull, tormented children, and a wife who’ll come to believe he’s nothing but a n*gger.” (This is censored, the uncensored photo is below.) Now, I don’t know if Hayford wanted to get into a fight when he published this review, but I am a non-violent person and when I first read this sentence I was ready to throw hands. I immediately talked to some artists working on the play to get their thoughts.

TRIGGER WARNING: The original text of Hayford’s review is below. 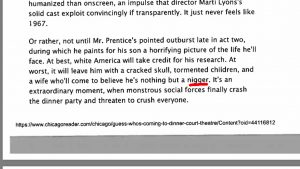 Sydney Charles, prominent actress and founding member of the Chicago Theatre Accountability Coalition who plays Matilda “Tillie” Binks in Guess Who’s Coming to Dinner says: “I don’t even read reviews. I woke up to screenshots and seeing that language made me feel like it was last summer [with the Pass Over reviews] all over again. And this time, it was a show that I am actually in…a part of…Black people wake up every day wondering if they will see tomorrow and it’s 2018…so why do I feel like this is 1867? Theater is my safe space…and now I’m questioning the truth in that.”

Associate Director Wardell Julius Clark says: “As the associate director on the piece, I find it profoundly hurtful and incredibly upsetting that a white reviewer would choose to use the n-word in any review at all. To add salt to the already gashing wound of pain, the article was edited with quotes around a phrase that is not a line in the play. For the author to call the play unnecessary and then use a racial epithet that harms so many, is above all irony. It feels as if I have been slapped directly in the face, and I am sick to my gut about it.”

Clark’s comments are particularly disturbing because as he deftly points out, this is about a general lack of respect for the subject matter that I would hope a critic who is in support of and in collaboration with their community would exercise.  If you want to quote something with such incendiary language, use quotes the first time, but furthermore ask their public relations representative for the script!

The actual line is: “And she’s the one gonna wake up mad one morning and call you a n*gger.” The Reader has tried to correct this by stating: “Editor’s note: During the play, one of the characters uses a racial slur. We have updated the text to show that the offensive language came directly from the script. We apologize for the confusion.” As you can see, not only is it misquoted, it is a failed paraphrase if it is meant to be so because these are entirely different sentiments: someone who will come to believe he is nothing but a n-word versus someone calling him the n-word in a moment of anger.

Still not sure if it’s a big deal? Let me walk you through the psychological experience of a Black artist reading the n-word in phases:

These are the five stages of rage that I went through while reading this article today. I am being more direct than I usually would be in writing this piece and I understand this article is angry. However, I have spent too much time reasoning for something that should be common sense. As the Atlantic guide says, don’t use a slur that isn’t yours if you’re not re-appropriating or deconstructing it.

Black artists and their allies have organized through ChiTAC, we have appealed to your better nature, and none of it has worked. So, white critics of Chicago, I ask you. What will it take for you to respect your artists of color? Because continuing down this path guarantees you will lose respect, readership, and ultimately your jobs. I am a journalist. I want you to thrive, I want you to survive. But I cannot allow you to survive by standing on my back.

Guess Who’s Coming to Dinner is running at the Court Theatre through April 15th. Learn more about the show by clicking here.